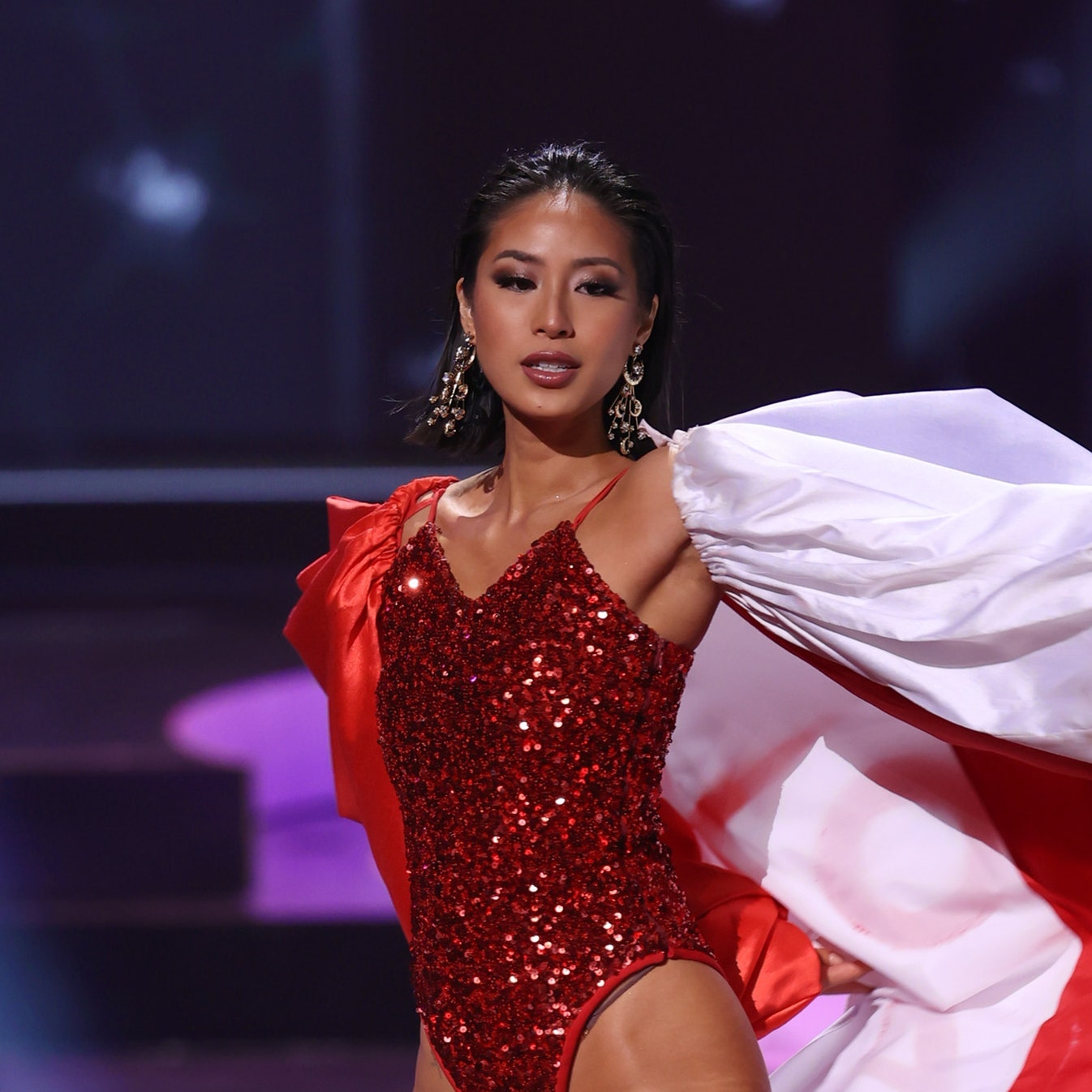 Last night at the Miss Universe pageant in Florida, the reigning Miss Singapore, Bernadette Belle Wu Ong, walked the stage. Ong strutted out while wearing a red bedazzled bodysuit, cuissardes, and a red and white dress. The dress, a riff on Singapore’s national flag, was created by designer Arwin Meriales. According to Meriales’s Instagram, he had only two days to design the piece, which came with exaggerated puffed and pleated sleeves and a long train. But the most powerful element of the look could be found on its reverse. On the back, hand-painted in red and white by artist Paulo Espinosa read the message: “Stop Asian Hate.”

Posting the look to Instagram, the contestant wrote the following in the caption: “What is this platform for if I can’t use it to send a strong message of resistance against prejudice and violence! Thank you #MissUniverse for giving me this opportunity! My national costume is inspired by Singapore’s National Flag—it symbolises unity for all and social harmony in a multi-racial, multi-cultural and inter-religious country.”

Her collaborators on the dress, Meriales and Espinosa, echoed Ong’s message. “What made me say yes? It’s not just a national costume,” wrote Meriales. “It’s a statement and protest to stop Asian hate. Who wouldn’t want to be a part of such a cause.”

Ong’s look certainly sends a powerful statement, following a rise in anti-Asian hate crimes over the past year, and is especially timely as it is also currently AAPI Heritage Month. Given that Miss Universe has been no stranger to controversy in the past, with incidents of racism both against and involving previous contestants, Ong’s outfit made for a refreshing change. The look was even celebrated on Instagram by the likes of Diet Prada, who wrote “we’ll definitely be keeping an eye on this one!” We certainly agree.

Back to Top
Close Add post
X
9 of the Best Eyebrow Gels to Try for Defined Arches in 2021…HollywoodWith all the mask wearing of the past 18 months, the focus has been on the eyes like never before, making the search for the best eyebrow gels more of…

X
Monse Pre-Fall 2021HollywoodFernando Garcia and Laura Kim have spent most of the pandemic in New York. As the co–creative directors of two extremely NYC labels, Monse and O…
close