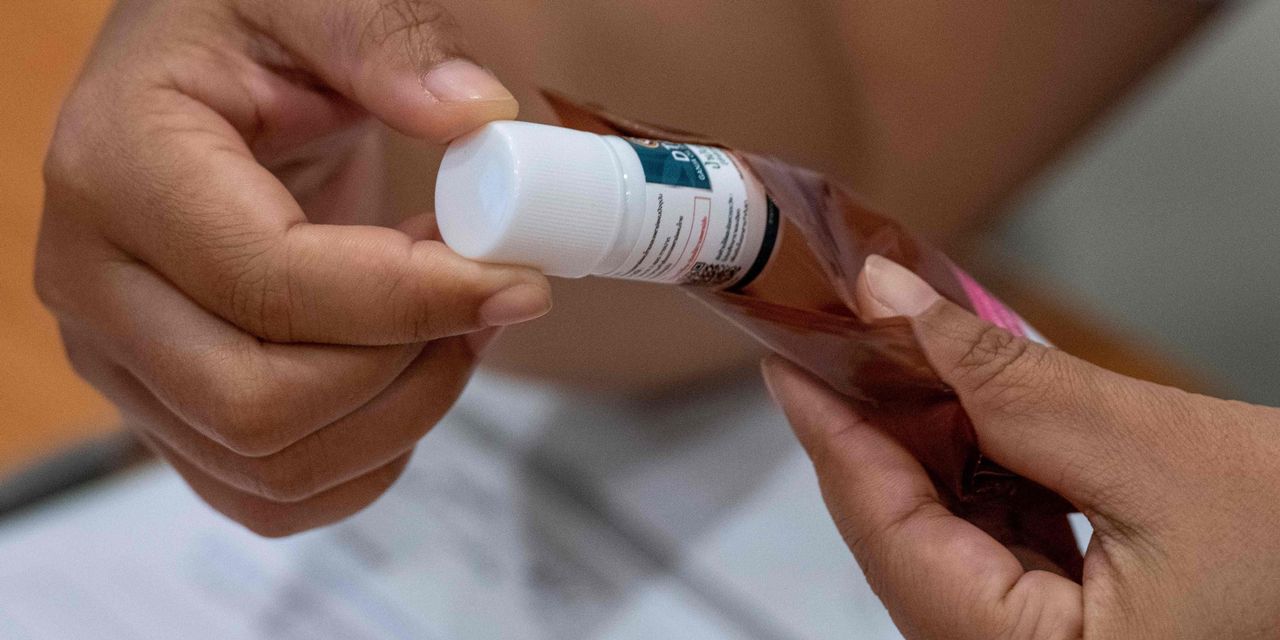 Cannabis stocks rallied anew on Wednesday, spurred on by news of a $7 billion deal for the first company to win U.S. regulatory approval for a cannabis-based drug, a move that’s expected to boost investor interest in the plant and its medical benefits.

GW Pharmaceuticals Ltd.
GWPH,
,
developer of Epidiolex, the drug that won U.S. Food and Drug Administration approval as a treatment for severe forms of childhood epilepsy in 2018, said earlier it is being acquired by Jazz Pharmaceuticals PLC
JAZZ,
,
which specializes in sleep medications.

The news sent U.S.-listed shares of the U.K.-based GW Pharma up 46% in afternoon trading, and helped spark a broad-based rally among cannabis stocks. Jazz shares slipped 1.0%.

“We don’t think this is the last deal we will see in the sector,” said Nawan Butt, portfolio manager of the Medical Cannabis and Wellness UCITS ETF
CBDX,
.

The deal is a clear sign that the pharmaceutical industry is recognizing the value and future potential of cannabinoid based medicines, said Jason Wilson, cannabis and banking expert at ETF Managers Group, which manages the ETFMG Alternative Harvest ETF
MJ,

with $1.5 billion in assets under management.

“It is also another example that the cannabis industry is continuing to normalize and evolve beyond the traditional cultivation of flower, with potential well outside of our borders,” said Wilson. “For investors, the acquisition of GW Pharma is another reminder that investing in cannabis touches many verticals globally, requiring a diverse approach beyond traditional cannabis cultivation companies.”

David Johnson, chief executive of Enveric Biosciences Inc.
ENVB,
,
a Nasdaq-listed biotech that works with cannabinoids to help patients suffering from the side effects of cancer treatment, agreed. The deal “serves as further validation that thoroughly researched and developed medical cannabinoids have significant potential to address patients’ unmet medical needs,” he said.

Kyle Detwiler, chief executive of Clever Leaves, a company with operations in Canada, Colombia, Germany, Portugal and the U.S., said the news will help signal that global private equity and institutional investors are increasing their focus on the cannabis space.

“This is a sign pharmaceutical cannabis is here to stay,” he said.

The deal comes at a time of growing optimism in the cannabis sector, coming just days after Democratic Majority Leader Chuck Schumer and two other Democratic Senators pledged to make reform legislation a key priority in the current Congress, bolstering hopes for an end to federal prohibition.

Schumer, along with Sens. Ron Wyden of Oregon and Cory Booker of New Jersey, said in a joint statement Monday that they would introduce legislation in the coming weeks that would include expunging records relating to past activity deemed criminal during the so-called “War on Drugs.”

The sector had already enjoyed a boost since the election of President Joe Biden and Vice President Kamala Harris, who were expected to pursue an agenda of reforming the U.S.’s strict cannabis laws, which continue to classify the substance as a Schedule I drug, alongside heroin.

That classification has hampered the development of the sector, which is confined to those states that have legalized cannabis for medical or recreational use and kept companies locked out of the federally insured banking system.

“These recent catalysts occurred on the backdrop of strong global cannabis sales growth in 2020 (2020 global sales are expected to reach approximately $20 billion – an increase of approximately 35% versus 2019 sales of $15 billion) and suggest that the industry will continue to see strong growth and continued expansion domestically and globally for the foreseeable future,” he said.

See also: New York is finally expected to legalize cannabis in 2021 as Gov. Cuomo goes all in

was up 4%. Curaleaf Holdings Inc.
CURLF,

was up 4.3%. KushCo Holdings Inc.
KSHB,
,
which containers, packaging and other products for the cannabis industry, was up nearly 10%.