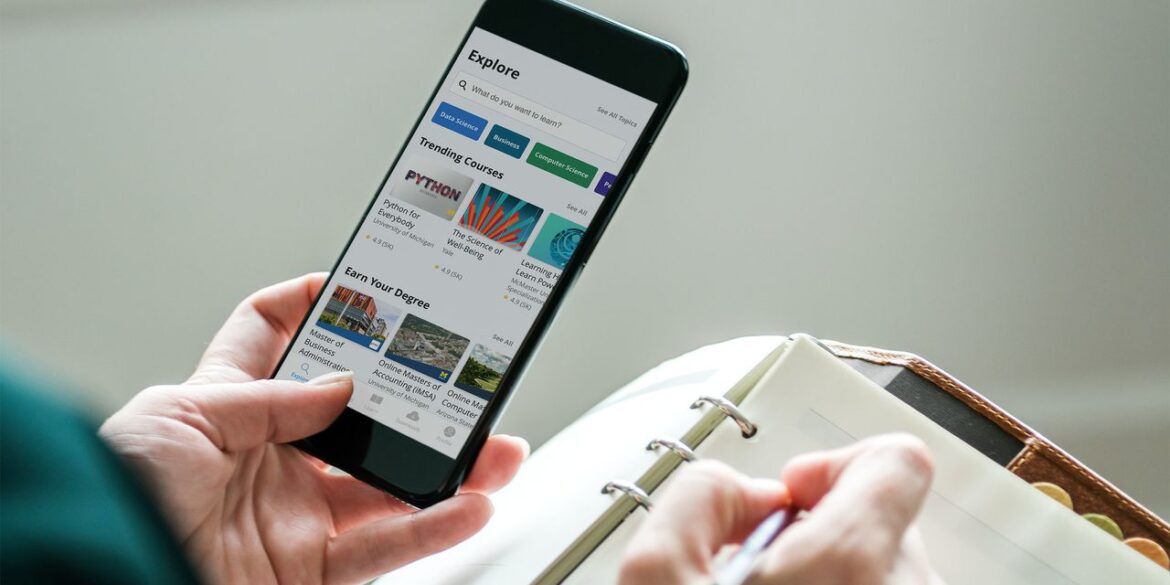 
Stock in Coursera began trading with a double-digit gain, after the online education company late Tuesday priced an initial public offering at the high end of the range investors had been told to expect.

trades on the New York Stock Exchange under the symbol COUR.

are leading the underwriting group.

In an interview with Barron’s on Wednesday, chief financial officer Ken Hahn said the company won’t sustain that kind of growth, but that it should be sustainably above 30%. He also noted that while Coursera has been whittling down its losses over time, the company is more focused on expanding the business than on near-term profitability. The company is burning through about $20 million to $30 million a year in cash, and is increasing its investment in  sales and marketing, he said.

Hahn said that the pandemic has “started to change the marketplace,” accelerating adoption of online education. He says most Coursera users are focused on career goals, adding certifications and skills, but that some are simply life-long learners.

More than 90% of Coursera students pay nothing, unless they want certifications or degrees. Almost all of the content on the platform comes from third parties, including both major universities and industry partners like Google, Apple and Amazon Web Services.

In a letter to investors in the prospectus for the offering, Chairman and co-founder Andrew Ng said that when he and
Daphne Koller
started the company, their mission was “to transform lives through learning.” Koller left the company in 2016.

“We started Coursera to democratize access to high-quality education,” he wrote, saying the company is grateful to the more than 200 universities and institutions of learning that have worked with it. Ng cited Michigan, Princeton, Stanford, and the University of Pennsylvania as institutions that embraced Coursera’s approach right away.

Coursera offers courses both through enterprise customers and to individuals. The prospectus says that the company offers more than 4,600 courses, more than 1,000 “guided projects” to learn job skills in less than two hours, and a variety of professional certification programs.

The company said that as of the end of 2020, it had more than 77 million registered learners on the platform. Coursera said it has more than 2,000 business customers. In 2020, 66% of revenue came from consumers, with 24% from enterprise customers, and 10% from degree programs.

After the offering, the largest investors in the company will include the venture- capital firms New Enterprise Associates, with a 16.4% stake; G Squared, with 14.1%; Kleiner Perkins, with 8.2%; and Future Fund, the Australian sovereign- wealth fund, with 7%.

The Coursera filing reports that the investment firms Baillie Gifford and Capital Research each expressed an interest in buying up to $125 million of stock in the offering at the IPO price.