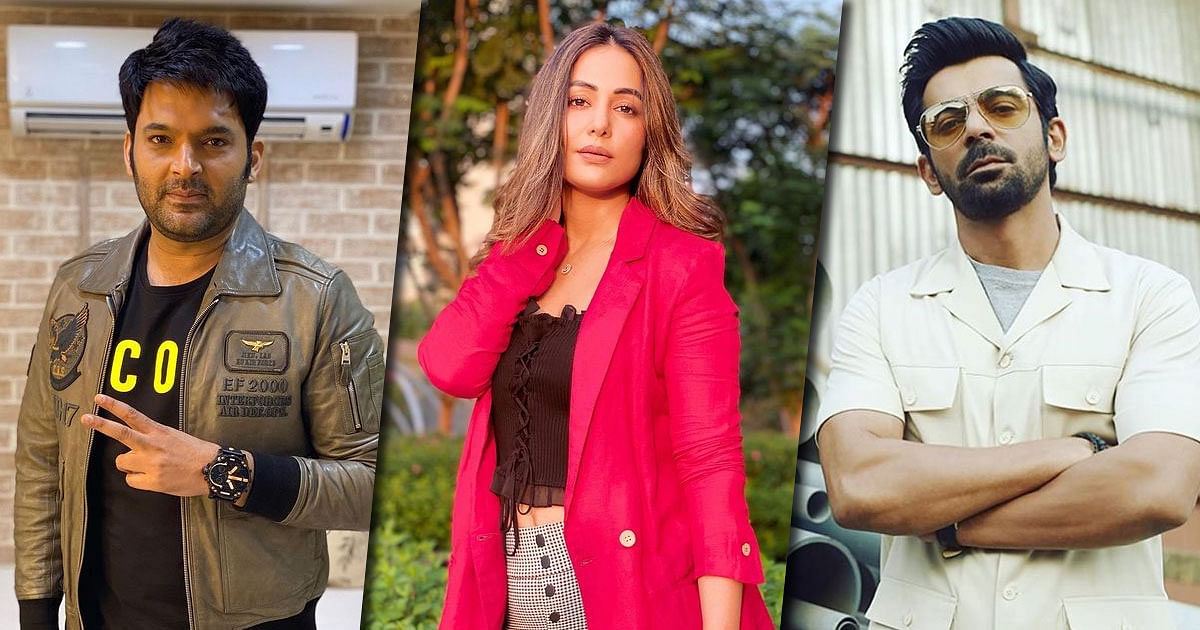 All these names have become an integral part of our daily lives.

Let’s talk about these television actors and their jaw-dropping salaries per episode:

The comedian needs no introduction. He started off with The Great Indian Laughter Challenge and soon became everyone’s favourite with his spontaneous nature and comic timings.

Soon after, the 39-year-old was offered his own show and became a household name with the same. Btw, the comedian charges a bomb per episode and if the reports are to be believed, he gets around 60-80 lakhs per episode for The Kapil Sharma Show.

Yet another big name in the entertainment industry. The actor has started doing Bollywood films also and recently made his OTT debut with Ali Abbas Zafar’s Tandav.

Sunil Grover rose to fame with his stint of Gutthi and Dr. Mashoor Gulati in Comedy Nights With Kapil. Well, can y’all guess his per episode salary? It’s between 10-12 lakhs per day. Zor ka jhatka, haye zoro se laga, huh?

Hina Khan is one of the most successful television actresses and needs no introduction. The beauty was the first one to be invited to the Cannes film festival back in 2019 from the television industry and rose to tremendous fame post her stint in Bigg Boss 11.

She was the first runner-up of Bigg Boss 11 and post BB the actress enjoys a massive fan following on social media and charges a whopping amount per day. The actress reportedly charges approximately 2 lakhs per episode. Whoa, you go girl.

Karan Patel is yet another big name in the industry. The actor has done incredible work in the industry including shows like Kahaani Ghar Ghar Ki, Yeh Hai Mohabbatein and was last seen in Kasautii Zindagii Kay 2 as Mr. Bajaj.

The 37-year-old actor holds many accolades in the industry and is a huge AF name. Reportedly, Patel earns between 1-1.25 lakhs per episode.

How can someone not like Divyanka? Have you ever seen her smile? It’s infectious. The 36-year-old actress has done some commendable work in the entertainment industry including shows like ‘Banoo Main Teri Dulhann’ and ‘Yeh Hai Mohabbatein’.

Divyanka Tripathi enjoys a massive fan following of over 13 million followers on Instagram and reportedly charges 1.5 lakh per episode. Pretty huge, no? But it’s totally worth keeping in mind her talent.

Sakshi Tanwar is one of the oldest, most popular faces of the Indian television industry. The 48-year-old actress rose to fame with her stint in Kahaani Ghar Ghar Ki with her character of Parvati and ever since then, there has been no looking back for this beauty.

Sakshi has also done a few movies including Aamir Khan’s Dangal where he played the role of his wife and shone through her performance. The actress reportedly charges 1.25 lakh per episode.

So, did you jaw-drop or you’re still sulking at the fact that how poor are we? Haha.

Must Read: Salman Khan Helped ‘Aladdin’ Siddharth Nigam To Get A Raise In His Per Day Salary