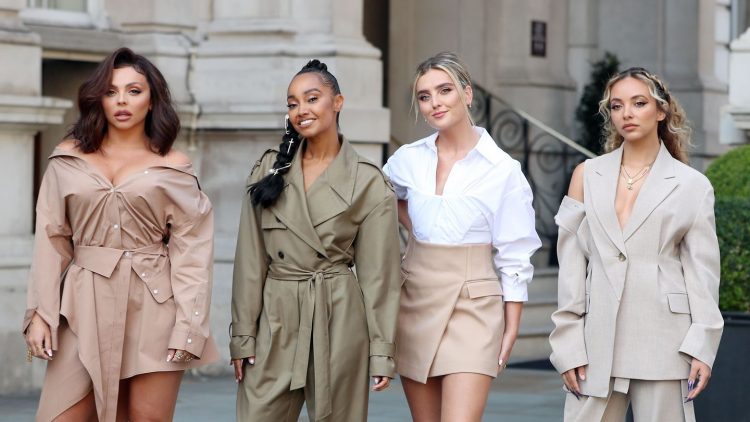 Jesy Nelson, one-fourth of superstar British girl group Little Mix, announced that she’s departing the group after nearly a decade. In a touching note posted to social media today (December 14), Nelson wrote that “being in the band has really taken a toll on my mental health,” and announced she’s “ready to embark on a new chapter in my life.”

“I’m not sure what it’s going to look like right now, but I hope you’ll still be there to support me,” she wrote.

Nelson began her note by listing the various accomplishments Little Mix was able to achieve since its inception on The X Factor singing competition show, including selling out the 20,000-capacity O2 Arena in London and winning awards — and thanking their fans for making it all possible. “You have always been there for me to support and encourage me and I will never ever forget it,” she wrote.

But because of the strain on her mental health, she wrote, she’s exiting Little Mix to “reinvest” in taking care of herself “rather than focussing on making other people happy.”

“I need to spend some time with the people I love, doing things that make me happy,” she wrote.

At the end of her note, she thanked “everyone involved in our journey,” taking time to once again thank the fans, as well as her three group mates: Jade Thirlwall, Perrie Edwards, and Leigh-Anne Pinnock. “I hope that you’ll continue to fulfill all of your dreams and keep on making music that people love.”

Since forming in 2011, Little Mix have released five albums, the most recent of which, Confetti, dropped in November and featured the single “Holiday.” The group also hosted this year’s MTV EMA, though without Nelson, who missed it due to illness.

Thirlwall, Edwards, and Pinnock shared the announcement on Little Mix’s group account as well, passing along their complete support for their departing group mate. “This is an incredibly sad time for all of us but we are fully supportive of Jesy. We love her very much and agree that it is so important that she does what is right for her mental health and well-being,” the joint message read.

“We are still very much enjoying our Little Mix journey and the 3 of us are not ready for it to be over,” they continued. “We know that Jesy leaving the group is going to be really upsetting news for our fans. We love you guys so much and are so grateful for your loyalty and continued support of all of us. We’re looking forward to seeing so many of you on tour.”

Little Mix’s scheduled spring 2021 tour kicks off in April with a pair of shows in Dublin and runs through the United Kingdom until the end of May. Find those dates here.