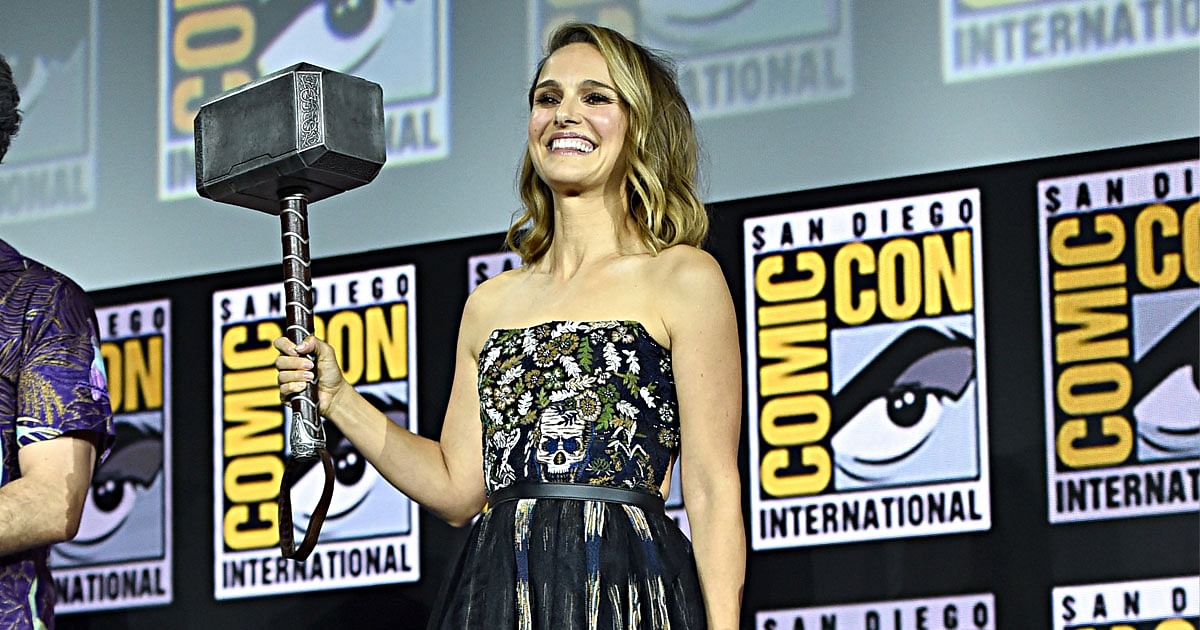 It was recently when Chris Hemsworth announced him kick-starting the shoot for Marvel’s Thor: Love and Thunder. While fans are excited too as what update they are up for next, they were instantly treated with on set images of Chris and Chris Pratt in their character avatars and the internet went berserk over them. Making their way to the internet today are some more images and they are here to confirm Natalie Portman’s come back to the universe and isn’t that another exciting goss? Read on to know more and don’t miss the pictures.

It is a pretty well-known secret that Natalie Portman’s Jane Foster is making a comeback to the Thor universe alongside Chris Hemsworth. But the on set images that have surfaced on the internet have added as the confirmation. Thor: Love And Thunder is in production in Australia, and Kevin Feige has already confirmed Jane will have a meatier role.

In the new set images, we can see a Chris Hemsworth with his long blonde hair. Seems like the actor is just out from his make up van as he is in a vest and not in the costume. Apart from him, we can see Natalie Portman riding a horse with a face mask on. Thor: Love and Thunder sets can be seen following all the COVID-19 regulations. Catch the pictures right below.

Meanwhile, the last pictures before this had Chris Hemsworth and Chris Pratt in their looks from Thor: Love and Thunder

However, before kick-starting work Chris Hemsworth and the Thor: Love And Thunder team received a warm welcome. Sharing it on Instagram, he wrote, “A beautiful start to our shoot today with a Welcome to Country ceremony from the Gamay dancers of the Gadigal and Bidiagal Nation and performance and karakia by Maori dancers from Te Aranganui,” he wrote in his post.

Chris Hemsworth added, “Indigenous Australians may be just as proud of this country, but many see January 26th as a date signifying the beginning of dispossession, disease epidemics, frontier violence, destruction of culture, exploitation, abuse, separation of families and subjection to policies of extreme social control. Let’s begin the healing and stand together in unity and support with our First Nations people with solidarity and compassion. Let’s find a date where all Australians can celebrate this beautiful country together.”