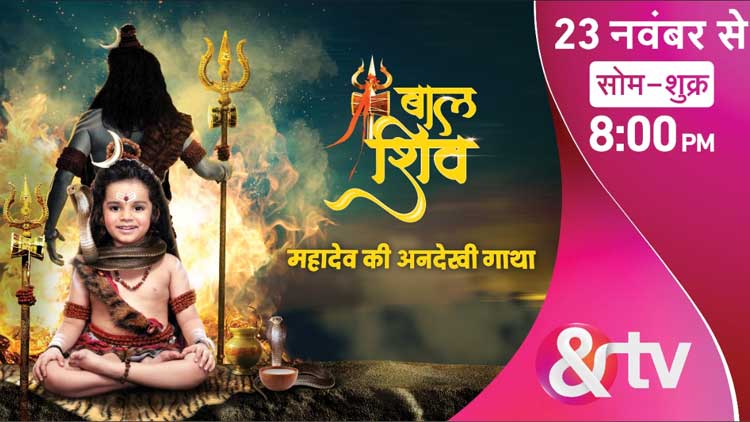 &TV’s most awaited show ‘Baal Shiv’ is premiering today! Based on the fascinating stories of Lord Shiva’s Baal roop, the show is all set to offer viewers a one-of-kind mythological experience by showcasing Baal Roop of Lord Shiva.

Here are 5 reasons why you should watch ‘Baal Shiv’ premiering today (23rd November) at 8:00 PM only on &TV and will be air every Monday to Friday.

There are many fascinating stories of Lord Shiva and his various avatars, but one avatar that has not been spoken of much or seen is of his Baal Roop. Aptly positioned Mahadev Ki Undekhi Gatha, produced by Zee Studios, the show will depict the untold mythical story of the mother and son, Mahasati Anusuya and Baal Shiv and their eternal bond.

The star cast is the driving force that makes any show a sure success. Baal Shiv comprises an ensemble cast that brilliantly portrays important characters in the show. Aan Tiwari as Baal Shiv, Mouli Ganguly as Mahasati Anusuya, Siddharth Arora as Mahadev, Shivya Pathania as Devi Parvati ensure that the show reaches greater heights with their excellent performance.

We all have grown up listening to stories of Lord Shiva, but this endearing story of Baal Shiv is a pleasant change in the mythological space of Indian Television. Aan Tiwari’s remarkable performance in Baal Shiv avatar makes the show extremely engaging and entertaining.

4. Lord Shiva in a new avatar

It is not the typical depiction of what the audience has seen before. Viewers will get to see a different side of Lord Shiva in the show.

Mythological stories always had a fascination and strong following amongst viewers, as they present a sense of hope and direction. Baal Shiv narrates the tale of Mahadev’s childhood and the beautiful relationship he shares with his mother Anusuya.

The show entices viewers and Lord Shiva’s ardent devotees to experience and enjoy the mythological shows presented on Indian television.