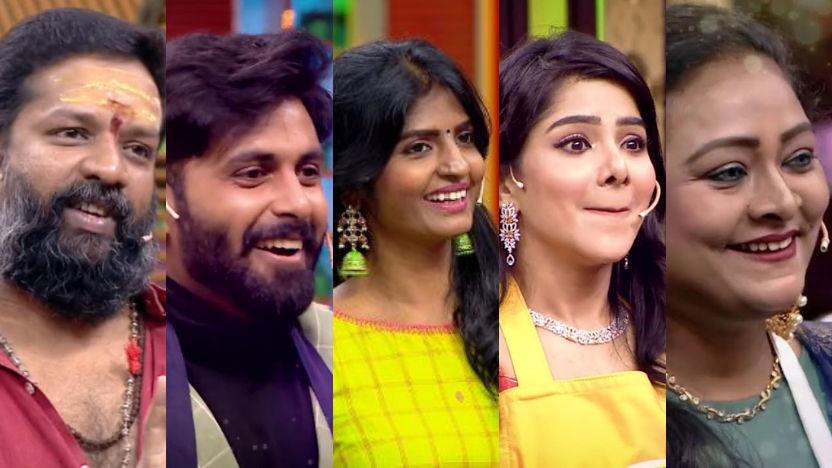 ‘Cook With Comali 2’ is near to it’s finale with top 5 finalists. The five finalists will battle it out in a five-hour-long finale episode. The suspense around the ‘Cook With Comali 2’ winner is gaining traction by the day. The Grand finale will feature an epic ensemble of amazing cooking and comedy along with special guests.

‘Cook With Comali 2’ Grand finale telecast on the 14th of April 2021. Actor Simbu appeared as a special guest for the Grand finale.

The pairing of a Cook with a Comali is the highlight of the show. They were paired as follows,

Vijay TV has premiered a new Cooking Show, Cookku with Kirikku, Kannada remake of this show (Cooku with Comali). The unique feature of the show is that 16 well-known celebrities from the Kannada entertainment industry will be seen on one single platform. Read More