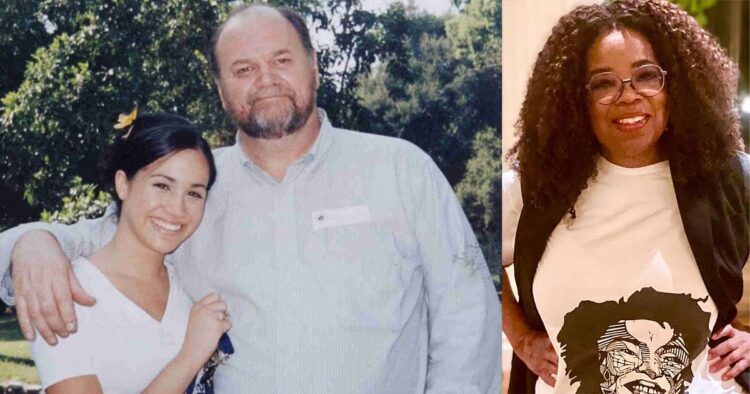 Meghan Markle and Prince Harry’s explosive interview with Oprah Winfrey grabbed the headlines for days and got quite a few people upset. While the Royal Family spoke about it – to a certain extent, we now heard that the Duchess of Sussex’s dad, Thomas Markle, wants to sit with the host and talk about his relationship with his daughter.

In case you do not know, the Suits actress and her dad share a strained relationship since just before she married the Prince of England. Tom visited Oprah’s place in California’s Montecito; a location is a few kilometres away from where his daughter and her family now reside. Read on for more on it.

A source told The Sun, “Thomas delivered a letter to Oprah Winfrey asking her to contact him so he could tell his side of the story. This was not a note to Meghan Markle and Harry, it was meant for Oprah.”

The source further told the publication, “Thomas watched the interview she did with them (Meghan Markle and Prince Harry) and feels he deserves a chance to have his say.” The publication even photographed him while delivering the note. Check it out:

In her sit-down interview with Oprah Winfrey, Meghan Markle opened up about her relationship with her father and the strain in it now after the paparazzi scandal surfaced just before her wedding to Prince Harry. She had told the host, “I’m trying to decide if I’m comfortable even talking about that. It was… if we were going to use the word betrayal.”

She added, “The tabloids had apparently known [her father’s location] for a month or so and decided to hold until the Sunday before our wedding because they wanted to create drama. We called my dad and I asked him [about staging the photos] he said, ‘No, absolutely not.’”

Asked if Thomas Markle’s inability to protect her caused a strain in their relationship, Meghan Markle said, “I look at Archie, I think about this child and I go, ‘I genuinely can’t imagine doing anything to intentionally cause pain to my child.’ I can’t imagine it. So, it’s hard for me to reconcile that.”