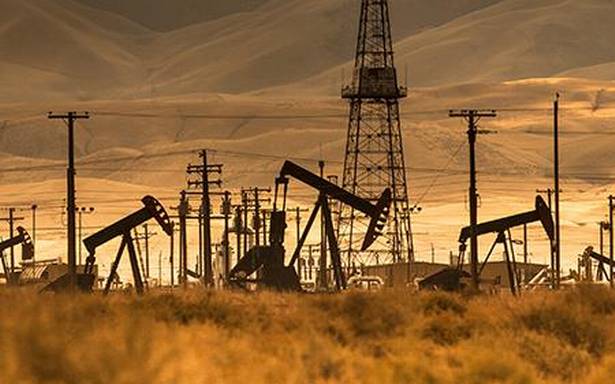 Oil prices fell on Tuesday as shipping traffic resumed through the Suez Canal after days on hold and attention switched to an OPEC+ meeting this week where the extension of supply curbs may be on the table amid new coronavirus pandemic lockdowns.

Ships were moving through the Suez Canal again on Tuesday after tugs refloated the giant Ever Given container carrier,which had been blocking a narrow section of the passage for almost a week, causing a huge build-up of vessels around the waterway.

With the likelihood that the disruption will prove minimal,the market is turning its focus to Thursday’s meeting of the Organisation of the Petroleum Exporting Countries (OPEC) and allies including Russia in Vienna, collectively known as OPEC+.

They will discuss whether to keep in place curbs on output that have kept millions of barrels a day off the market to support prices, a strategy that has largely worked in recent months.

Saudi Arabia is prepared to accept an extension of the production cuts through June, and is also ready to prolong voluntary unilateral curbs amid the latest wave of coronavirus lockdowns, a source briefed on the matter said on Monday.

“Market expectations for no change to output are largely priced in,” said Howie Lee, economist at OCBC Bank in Singapore. The revival of heavy coronavirus case loads in Europe “has put a brake on oil’s resurgence”.

More than 127.43 million people have been reported to be infected by the novel coronavirus globally, and the death toll is approaching 3 million, according to a Reuters tally.

In Europe, rising numbers in a third wave of infections are alarming authorities, with France’s Finance Minister Bruno LeMaire saying “all options are on the table” to protect the public.