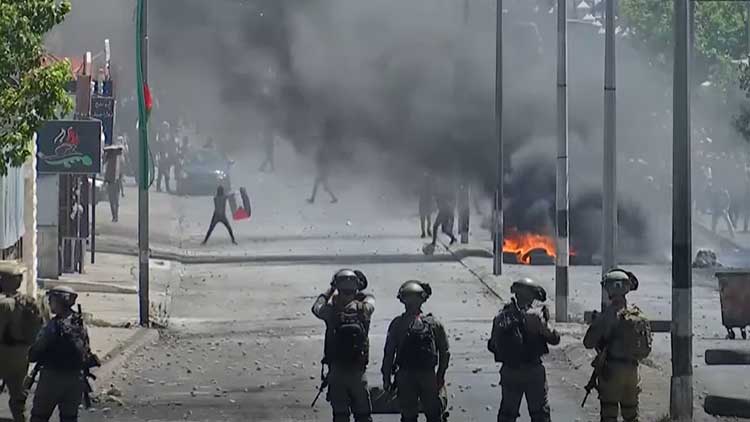 Today on May 18, 2021, a huge crowd of Palestinians from the west bank gathered in Bethlehem to protest against Israel. Israel has now entered the second week in conflict with Palestine. The situation keeps on escalating, Israel carried out a lot of air-strike in Gaza in response to Gaza’s rocket attack on Israel. However, Israel strikes have done huge damage in Gaza, and many Palestinians including children and women were killed.

The Israeli troops encountered the protest by firing tear gas. A lot of tear gas was fired from special riot control vehicles. The crowd then soon started to disperse and the situation got into control. The protest lasted for about 6 hours. Till now there is no news of anyone being injured in this protest.