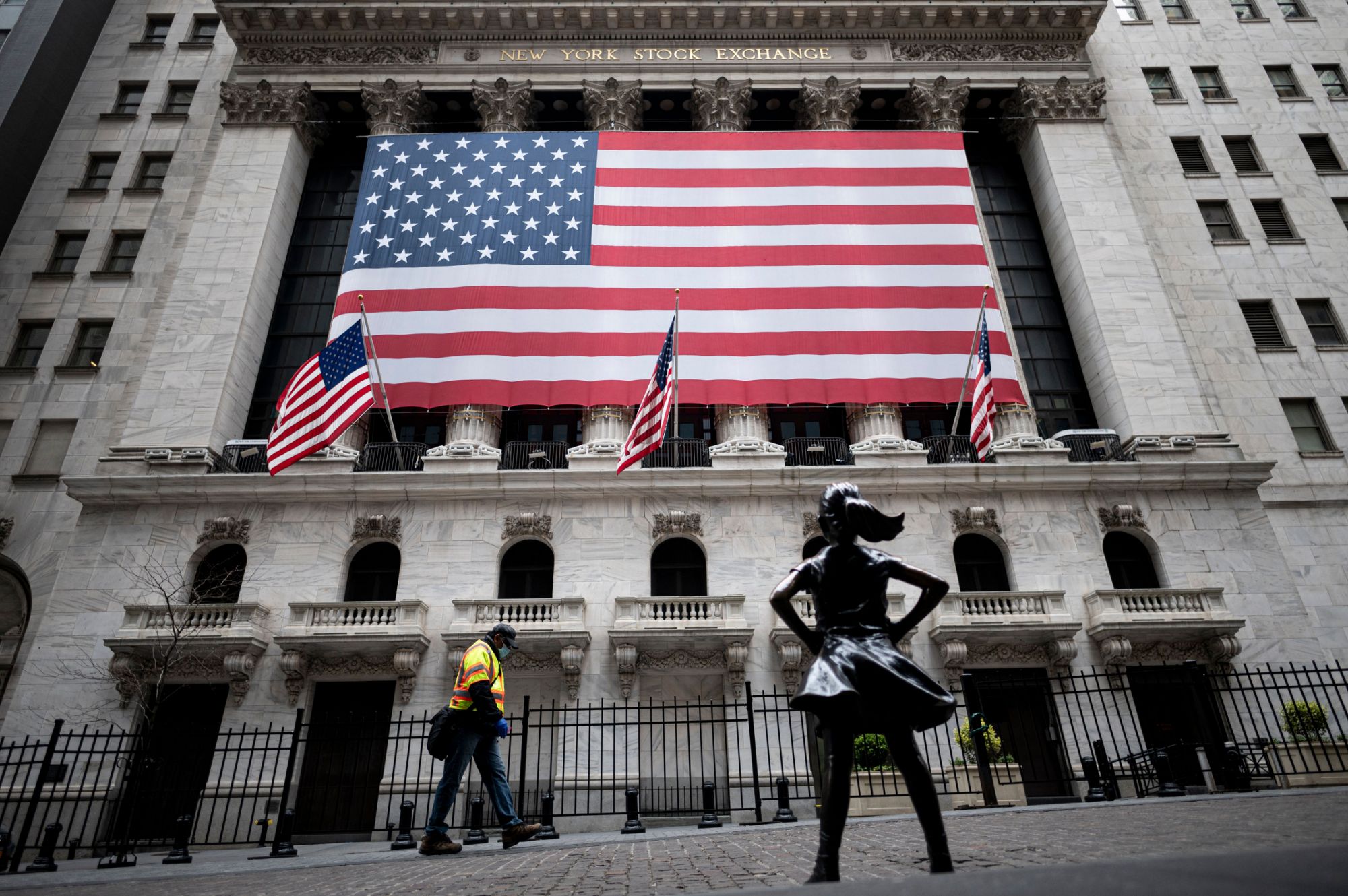 The S&P 500 gained about 1.5%, after closing out last week with a 3.3% weekly loss for its worst since October. The information technology and consumer discretionary sectors led advances, while energy and consumer staples lagged. The Nasdaq outperformed as tech shares jumped, and the Dow also gained.

Other asset classes performed even more strongly, fueled by a crowd of retail investors piling en masse into names popularized on the Reddit forum r/wallstreetbets. Silver became one of these traders’ most recent picks, with silver futures (SI=F) spiking more than 11% Monday morning to more than $30 per ounce, hitting the highest level since 2013. The iShares Silver Trust (SLV) added more than 10%, and shares of major silver producers including Fortuna Silver Mines (FSM) and Pan American Silver (PAAS) also spiked.

Elsewhere, Dogecoin (DOGE-USD) added nearly 40% after Reddit and other social media users touted the meme-based cryptocurrency and Tesla CEO Elon Musk made an apparent nod to the token on Twitter last week.

The heavily shorted stocks that legions of online traders initially targeted last week traded mixed. GameStop (GME) shares fell, taking a pause after last week’s 400% rally, and was briefly halted intraday. AMC (AMC) and BlackBerry (BB) traded higher. Online brokerages including Robinhood, Webull Financial and E-Trade Financial temporarily blocked buying of many of these volatile shares last week, drawing the ire of users, criticism from lawmakers and a class action lawsuit against Robinhood over the restrictions, which were later eased.

As of Robinhood’s latest update, the number of companies on the app with trading restrictions had been reduced to eight, down from the 50 stocks with restrictions late last week. The app also raised the cap on the number of shares that could be purchased across some of these stocks midday on Monday.

“Regulatory actions, broker risk limits, or unexpected losses could all dampen the activity and market impact of retail traders, as Thursday’s temporary reversal made clear,” Goldman Sachs strategists led by David Kostin said in a note. “But otherwise, an abundance of U.S. household cash should continue to fuel the trading boom.”

Meanwhile, traders are also gearing up for another packed week of earnings reports from heavily weighted S&P 500 companies, including Alphabet (GOOGL, GOOG) and Amazon (AMZN) after market close on Tuesday.

So far this earnings season, corporate profits have been coming in better than feared. Of the 37% of S&P 500 companies that have already reported fourth-quarter results, 82% beat consensus expectations for earnings per share, according to FactSet data. It this proportion holds, it would mark the second-highest percentage of S&P 500 companies beating earnings estimates in more than a decade.

Last week’s exuberant moves higher in heavily shorted, beaten-down names like GameStop, AMC, and Bed Bath & Beyond were entirely driven by momentum and detached from any of these companies’ fundamentals – meaning the rally could end at any time for these high-flying names, Charles Schwab Chief Investment Strategist Liz Ann Sonders told Yahoo Finance on Monday.

“A lot of the moves that we’re seeing in some of these individual stocks, heavily shorted stocks, non-profitable tech companies, penny stocks, now out into the commodity sphere, is pure speculation. It’s not driven off of fundamentals,” Sonders said. “That doesn’t mean it can’t be profitable for some period of time, but it does make me thing of games maybe a lot of us played when we were younger, whether it’s pin the tail on the donkey or musical chairs. And I fear that it doesn’t end well in many cases for some of the holders.”

“But I also think we’ve seen a morphing in the past week where it’s hard to really differentiate or segment out what portion of this is retail day traders and what portion of it are quants and algos and other hedge funds, that either by virtue of their quant methodology, kind of tap into wherever the momentum is,” she added.

Robinhood raised another $2.4 billion from investors just days after raising $1 billion, as the online brokerage shored up capital as traders flooded the platform with purchases of GameStop, BlackBerry, Nokia, other heavily shorted stocks and other assets, the Wall Street Journal reported on Monday.

The latest round of fundraising, reported citing unnamed people familiar with the matter, is set to help the company cover possible losses on the high volumes of transactions. The funds may also help the company lift trading restrictions on the platform. Already intraday on Monday, Robinhood raised the limit for the number of purchases investors could make for shares of AMC, Express, GameStop and several other stocks.

Some analysts are looking past the outsized volatility spurred as retail investors continue to pile into beaten-down stocks and assets, and are instead focusing on the upside of additional participation in markets more broadly.

“Over the last couple weeks, there’s a debate about anarchy, and who’s lost money, who’s making money, who the good guys are, who the bad guys are … Markets are these complex adaptive systems, and when you lose diversity and then suddenly some new idea comes into the market, prices move a lot, and that’s what happening with silver, it’s what happened with GameStop,” Laton Spahr, SS&C ALPS Advisors president, told Yahoo Finance on Monday. “But what we’re seeing is more diversity, more transparency, new ways of communicating and I think that’s all good for markets.”

“It’s also enhancing financial literacy across the board,” he added. “I’ve had more conversations with people who are not typically engaged with markets over the last week who want to learn about options, they want to earn about volatility, they want to open accounts and learn this stuff firsthand … I don’t think the moves are signs of corruption or negativity in that regard.”

“A lot of what we’re seeing in silver and what we saw last week with GameStop … this move towards democratization,” SS&C ALPS Advisors President Laton Spahr says. “When you lose diversity and then some new idea comes into the market, prices move a lot.” pic.twitter.com/Tgb1ukPb4o

U.S. construction spending increased at a 1.0% month-over-month rate in December, the Commerce Department said Monday, representing a third consecutive monthly gain. This followed an upwardly revised advance of 1.1% in November, and beat expectations for a 0.9% rise, according to Bloomberg data. This also brought spending to $1.490 trillion, a record in government data spanning back to 2002.

Manufacturing activity in the U.S. pulled back from a two-year high in January but held in expansionary territory, according to the Institute of Supply Management’s manufacturing purchasing managers’ index.

The headline PMI ticked down to 58.7 from 60.5 in December, according to the monthly report. Consensus economists had expected the index to register at 60.0 for the month. Still, the index held over the neutral level of 50.0 for an eighth consecutive month.

The deceleration came as new orders, production, employment and inventories each retreated from December to January.

Here’s where markets were trading shortly after the opening bell Monday morning:

Here’s where markets were trading on Monday ahead of the opening bell: