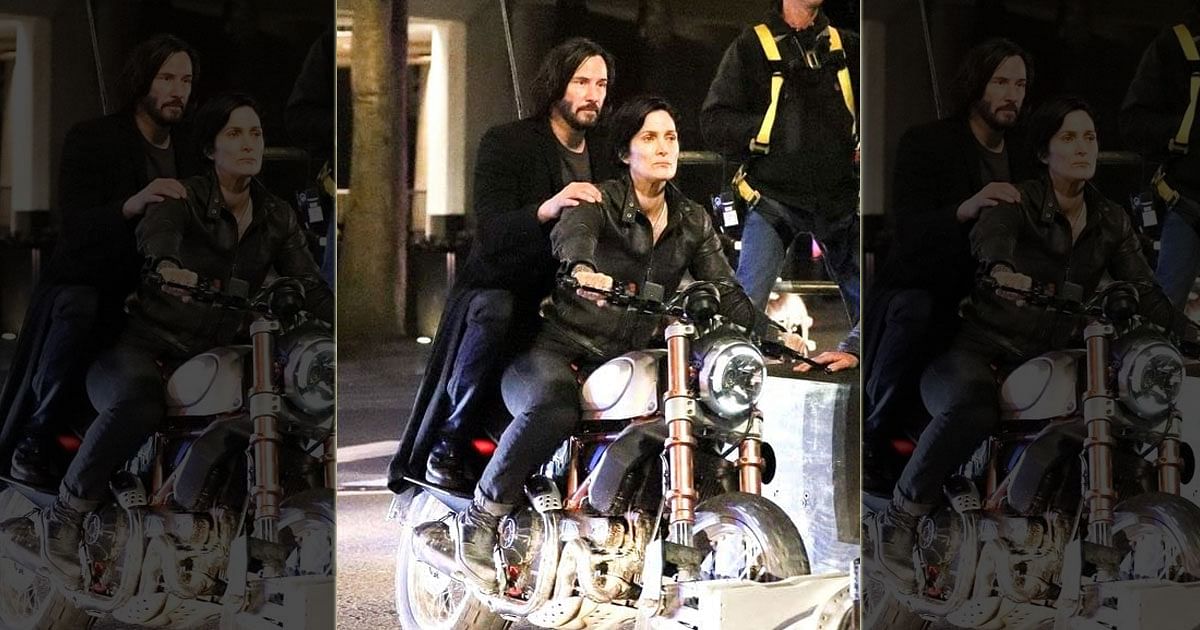 The Matrix is one of the most loved Hollywood film series. The last part of the sci-fi film series starring Keanu Reeves in lead released back in 2003 but it’s still as entertaining as it was 18 years back.

Back in that time, The Matrix released as a trilogy but going by its cult status, the makers are now coming up with a new sequel. Matrix 4 has been in the news since past some time now. The shooting of the film has been going on in Berlin & Germany and this time Indian actress Priyanka Chopra has also joined the cast.

All this while, the title of the film has been kept under wraps. But not any more. If recent reports are to believe, the upcoming biggie has been titled The Matrix Resurrections. Although it hasn’t been officially released, it seems a video shared by a hairstylist of the film made the revelation.

As per Yahoo, the said hairstylist received a trenchcoat as a gift from the makers. Although the video was deleted in no time, it was saved by a YouTuber NeoMatrixology. A letter alongside the coat read as saying, “…during these extraordinary times in the making of Matrix Resurrections. Wir lieben euch, Lana & James.” Additionally, there’s a digital rain shown on the trench coat and it seems resurrections has been written on it.

Earlier in November, The Matrix 4 actress Jessica Henwick revealed that she was worried that the film might get cancelled.

The shooting of the movie was stalled in March when it had just been 4 weeks of shooting in Berlin. It resumed in August 2020. However, it came as a surprise when the release date was postponed to 2022. It is a year’s delay than the original release date of the film. Hence, Jessica is unsure of the film’s future.

In an interaction with WWD, when Jessica Henwick was asked about the shoot, she answered, “Oh, it’s definitely surreal.”

The actress further shared how she feared the film might get cancelled due to the pandemic. The Matrix 4 actress added, “I think when it’s still happening it’s hard to discuss. But it’s been pretty insane. It’s a whirlwind, but I’m very grateful to be working in these circumstances and so grateful that we were able to come back to the film because it was a big fear that when the lockdown happened that we might just stop altogether. So, yeah, I feel very lucky right now.”

The Matrix 4 Title Is Finally Out? Hairstylist Releases A Video Leaking The Name & Deletes It!