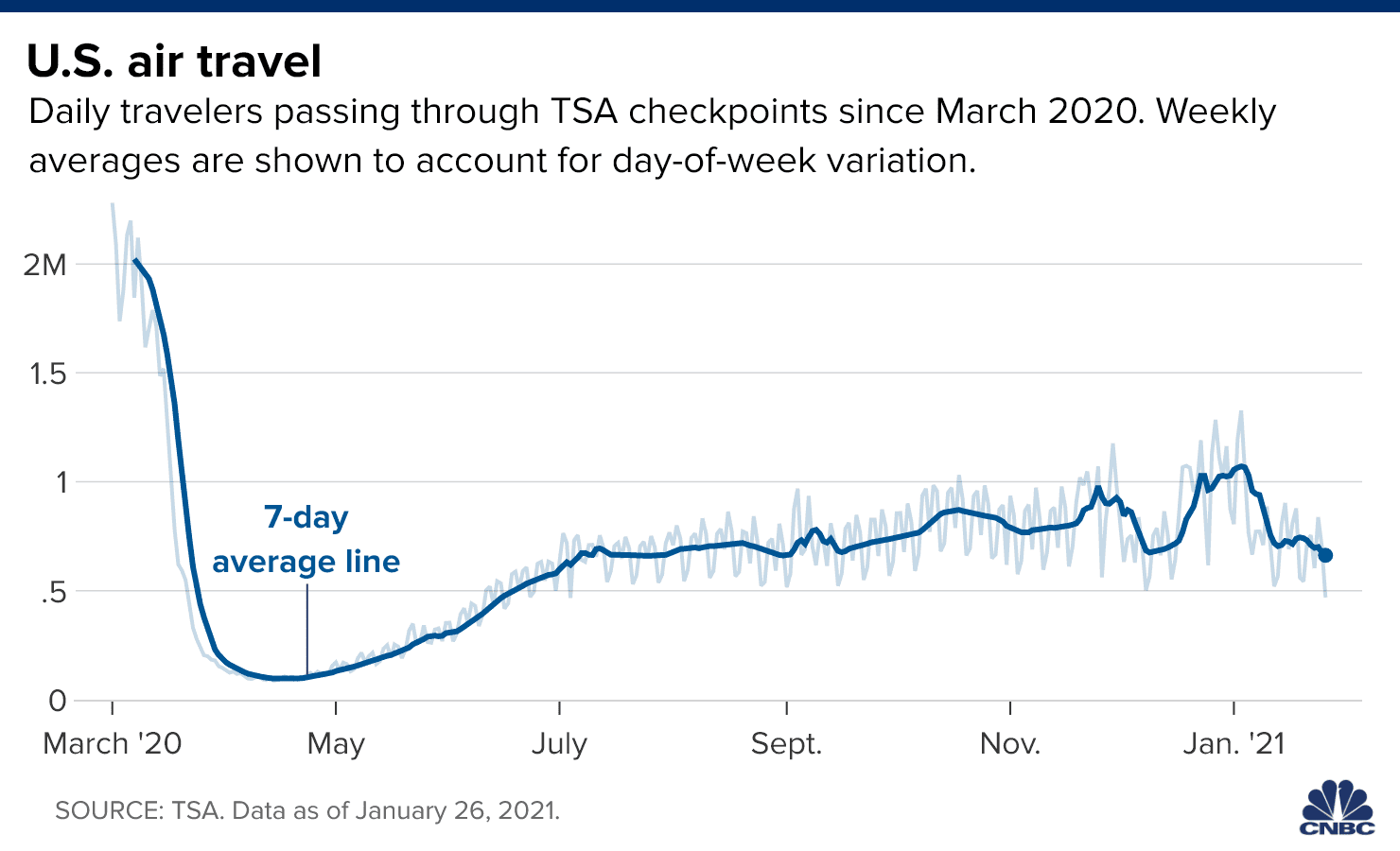 The Transportation Security Administration screened just 468,933 people at U.S. airports on Tuesday, down 71% from a year ago when more than 1.6 million people went through those checkpoints. It was the fewest number of screenings since July 4, the TSA said.

The CEOs of Delta Air Lines and United Airlines recently warned that the industry faces a difficult start to 2021. Executives expect it to take several more months before more Covid-19 inoculations fuel a significant rebound in travel demand. American Airlines and Southwest Airlines will report results and their 2021 outlooks on Thursday.

Travel demand usually falls early in the year. But in addition to a slow rollout of vaccines, bookings are further challenged by increased travel restrictions aimed at curbing the spread of the virus. The Biden administration this week extended an entry ban on most non-U.S. citizens who have recently been in Brazil, the U.K. and much of Europe, and added South Africa to those rules as virus mutations from those areas spread.

The U.S. government on Tuesday also started requiring travelers, including citizens, to show proof of a recent negative Covid test before boarding flights to the United States. A senior Centers for Disease Control and Prevention official on Tuesday said the government is also weighing whether to require coronavirus tests before domestic flights.