At least 18 elephants are suspected to have been killed by lightning in northeastern India, officials said Thursday as they launched a probe into the incident.

Forest officials and a local lawmaker, Jitu Goswami, told AFP they believed the pachyderms died after lightning struck a forest in Nagaon district in central Assam during a storm on Wednesday.

Assam Chief Minister Himanta Biswa Sarma said in a statement that he was concerned about the deaths of such a “huge number of elephants”.

“Deeply pained by the death of 18 elephants last night due to massive thunderstorm under Kothiatoli Range in Nagaon,” Assam’s Forest Minister Parimal Suklabaidya tweeted, adding that he would visit the forest with wildlife officials on Friday.

India is home to nearly 30,000 elephants, around 60 percent of the wild Asian elephant population. 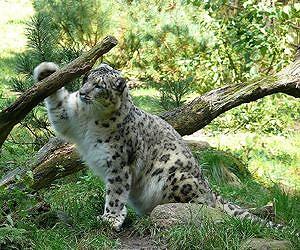 
Residents in a Chinese city were warned to stay indoors as authorities released flocks of chickens as bait to track down a leopard that escaped from a safari park, state media reported Tuesday.

The leafy lakeside city of Hangzhou has been on edge since late last week, when residents began spotting leopards roaming around local hills covered in forest and tea plantations.