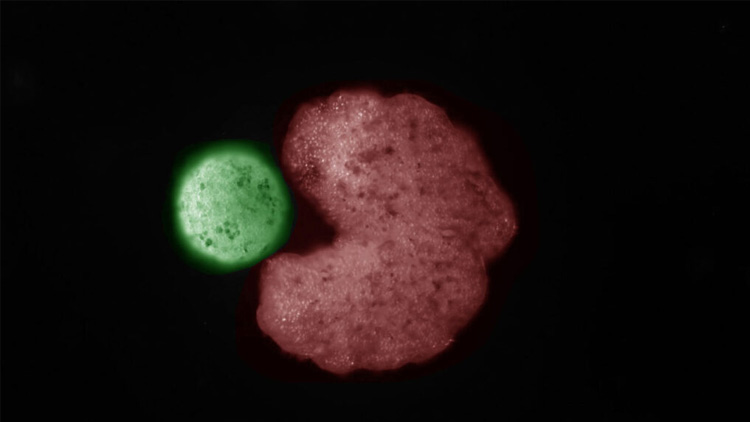 Cue in Xenobots 3.0. The world’s first living microbots capable of producing offspring of their own through a method known as “kinetic replication”. Xenobots were first created in 2020 by a group of scientists; Sam Kriegman, Douglas Blackiston, Michael Levin, and Josh Bongard.

They were researching stem cells harvested from frog embryos. They found out that these cells, depending on their constitution derived from AI simulations, could carry out specific tasks using an evolutionary algorithm, a process of trial and error.

For life to continue moving on and forward, reproduction is a necessary practice to grasp. Organisms have been performing reproduction for millennia now with various forms of replication. Beginning from yeasts budding to viruses permeating. Recently though, the same scientists who built the first-ever organic robots (“Xenobots”) have found out that these AI designed, human assembled lifeforms swam over into their tiny dish, found single cells strewn about, and gathered them to assemble “infantile” Xenobots inside their mouth (which resembles a Pac-man shape). These later become new Xenobots that move about and take after themselves in shape and form. The newly formed Xenobots can then go out, find more cells and build clones again and again and again.

Taking a leap into uncharted territory:

These Xenobots originate from a species of frogs called the Xenopus Laevis. The skin of these frogs was formed from these embryonic cells. The cells would sit on the exterior surface of tadpoles and would keep out pathogens while also redistributing mucus around the body.

Michael Levin, a biology professor from the Allen Discovery Center at Tufts University stated that, “We have the full, unaltered frog genome, but it gave no hint that these cells can work together on this new task,” of gathering and then compressing separated cells into working self-copies. These frog cells have found a way to replicate in a weird manner that was never before seen in known animals or plants.

The “how” of the unnatural self-reproduction:

On their own, spheroid xenobots could create only one extra generation of hierarchy before dying out. But with the help of artificial intelligence, they could create up to 4 generations. The AI predicted several shapes for the bots and through trial and error, it set them to a C shape which resulted in the most efficient parent. Confirming this was the fact that once they were let loose in a petri dish, they started collecting cells into their “mouths”. About 4000 to 6000 cells later, more spheroid bots were formed.

Since these xenobots can be programmed to do a variety of jobs. And using them for bio-medical aspects and other medical reasons gives it a huge opportunity for new researchers. They could be considered as “nanobots” from science fiction to heal inner body damages and such. This raises a lot of ethical concerns. But as stated by the original researchers, the living robots are properly contained in a lab and can also be easily killed off if need be. They are also biodegradable which is a huge bonus for medical/experimental waste.