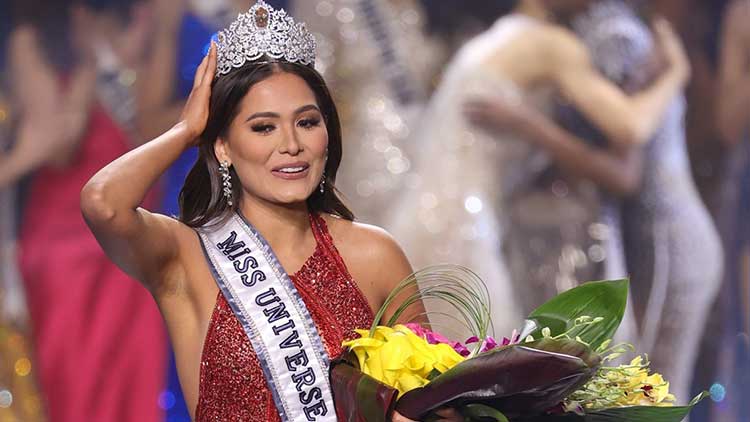 Due to the Covid-19 pandemic, the competition was postponed from 2020 to May 2021 and its final was aired on 16 May, 2021. Since winning the title, Andrea Meza has also made the history of becoming the third Mexican women to be crowned. During the final statement round of the competition, Andrea was asked about the changing beauty standards. To which she replied, “We live in a society that is more and more advanced and as we advance as a society we’ve also advanced with stereotypes.

Nowadays, beauty isn’t only the way we look. For me, beauty radiates not only in our spirits but also in our hearts and how we conduct ourselves. Never permit anyone to tell you that you’re not valuable.”

Andrea’s pageantry journey is so incredible. After she was selected to represent Chihuahua at Miss World Mexico 2016 competition, Andrea was awarded a crown as Miss Mexico 2017.

Meza became the first runner-up behind a winner Manushi Chillar of India in the Miss World 2017 contest which was held on 18 November 2017 in China. In 2020, Andrea Meza was crowned as ‘Mexicana Universal Chihuahua 2020’ in Queretaro city.

A 5 ft 11 in height and 26 year old Andrea was born on 13 August 1994 in Chihuahua city, Mexico. She graduated in 2017 as a software engineer from Autonomous University of Chihuahua. Andrea is the eldest one of the three sisters of parents Alma Carmona and Santiago Meza. She lives with her parents along with two younger sisters Mariana Meza and Karen Meza.

Andrea is the official Tourism Brand Ambassador for Chihuahua. She is also an activist working for women’s rights and works closely with the Municipal Institute for women. She is also a certified makeup artist and model.