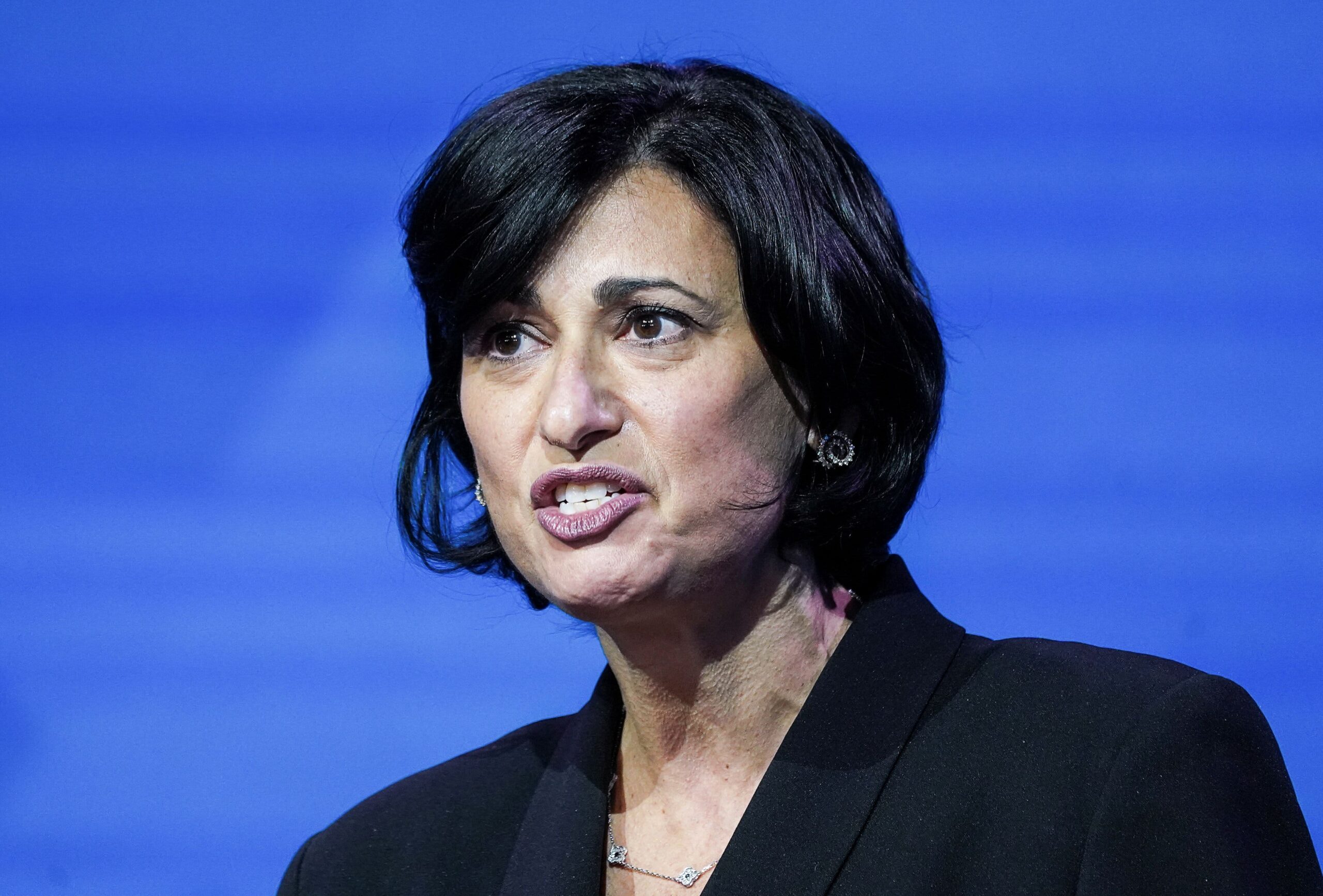 Dr. Rochelle Walensky, U.S. President-elect Joe Biden’s appointee to run the U.S. Centers for Disease Control and Prevention (CDC), listens as Biden announces nominees and appointees to serve on his health and coronavirus response teams during a news conference at his transition headquarters in Wilmington, Delaware, December 8, 2020.

Americans should not gather indoors with people outside their households to watch the Super Bowl this weekend to help keep the coronavirus from spreading, the director of the Centers for Disease Control and Prevention said Wednesday.

“Whichever team you’re rooting for and whichever commercial is your favorite, please watch the Super Bowl safely, gathering only virtually or with the people you live with,” CDC Director Dr. Rochelle Walensky said Wednesday at a White House Covid-19 briefing. “We must take prevention and intervention seriously.”

Walensky noted that the number of daily new Covid-19 cases and hospitalizations continues to decline, and that the daily death toll will likely follow. But, she added, “now is not the time to let our guard down.” She said that new, more contagious variants of the coronavirus threaten to undo progress the country has made in combating the outbreak.

The CDC has published guidance on how to safely watch the Super Bowl, which urges people not to travel to parties. It says “gathering virtually or with the people you live with is the safest choice.”

If people do decide to gather, the CDC’s guidance says, they should wear a mask, practice physical distancing, wash hands frequently and watch the big game in a well-ventilated space or outdoors.

Epidemiologists say the country is just beginning to recover from a surge of cases, hospitalizations and deaths that was largely driven by gatherings over Christmas and New Year’s and other recent holidays. The level of infection remains worryingly high across much of the country, and inter-household gatherings for the Super Bowl on Sunday could lead to another surge in cases.

That’s particularly concerning due to the discovery of three more contagious variants of the virus in the U.S. that has federal health officials worried. The B.1.1.7 strain was discovered in the United Kingdom in the fall and is the dominant variant there; the B.1.351 was recently found in South Africa and has taken hold in that country. The P.1 variant in Brazil has become the dominant Covid-19 strain there.

The U.S. doesn’t do nearly as much genetic sequencing as, for example, the U.K., which means it’s difficult to know exactly how widespread the variants are in the U.S. The CDC has confirmed more than 500 B.1.1.7 cases, three cases of B.1.351 and two case of P.1 so far.

Dr. Leana Wen, former Baltimore health commissioner, said in a phone interview that the spread of the new variants could lead to “exponential explosive spread” of the virus. She added that the nation is in a race to vaccinate people before the new strains establish a foothold in the U.S.

Jeff Zients, coordinator of President Joe Biden’s Covid-19 task force, said Wednesday that the new administration has increased the pace of vaccine distribution by 20% since the president took office. While vaccinations are picking up, some public health specialists say the administration could do more to increase the number of Americans getting inoculated every day.

More than 52.6 million doses of the vaccines have been distributed to states, according to data from the CDC, but fewer than 32.8 million doses have actually been administered.

“We’ve activated a whole-of-government response. We have increased vaccine supply. And we are ensuring that all Americans in every community have more places to get vaccinated,” Zients said Wednesday.