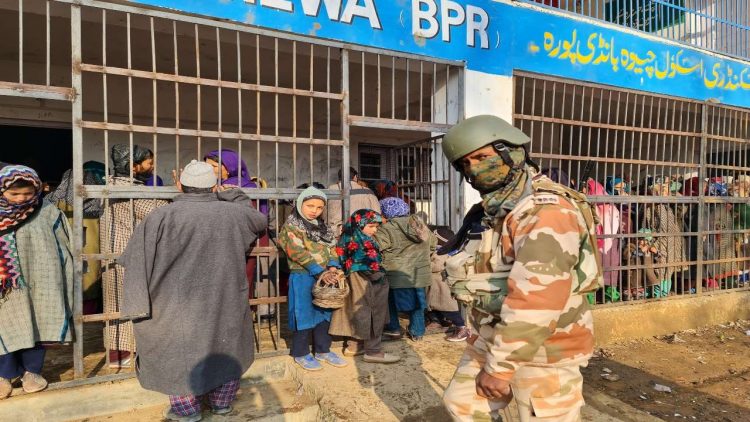 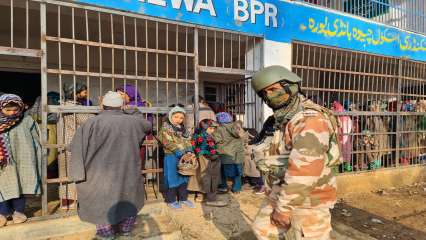 Discarding bullet, the Kashmiri people expressed faith in the power of ballot and democracy during the recently concluded District Development Council (DDC) elections which witnessed a three-way contest among Bhartiya Janta Party (BJP), Indian National Congress (INC), and People’s Alliance for Gupkar Declaration (PAGD) that could redefine the way Jammu and Kashmir have been for the past many decades.

Swayed by the false promises of traditional Kashmiri leaders for years, the common people seen increases in number especially the youth, realizing the power of the ballot, went out of their homes to vote for the leader of their choice upon whom they had the faith of carrying out ‘real’ development beyond the issues of road, electricity, and water.

Though the pain of abrogation of Article 370 and 35A which deprive Jammu and Kashmir of special status was felt among a section of Kashmiris, yet they voted with confidence despite incontrovertible evidence of Pakistan trying to disrupt the electoral process.

“Even today, in the 21st century, their (traditional Kashmiri leaders) politics revolves around providing just the basic amenities like electricity and water and they never go beyond it,” said Khubaib Mir, Former President of JK Students Association.

Stating that they had remained in power for long yet they didn’t do anything to ensure that common Kashmiri was not denied basic essential services he suggested that there should have been a fisheries plant in the Dal Lake for the Hajin community, the farming community should have been given enough infrastructure for growing vegetables.

“But they don’t talk about all these, they don’t let us even think beyond brass tacks, they don’t have anything to lure the voters, some still make tall promises of reinstating Article 370 and 35A if voted to power in the DDC elections,” he said.

Talking about how the militants had been picking off the faithful and followers of Sufi saints whom they think were swerve away from Islam and how they tried to erase the Sufi culture from the valley, Farooq Renzu Shah, chairman Kashmir Society said that in the past seventy years, the radicals had set ablaze the libraries of Dargah, Char Sharif, Bulbul Sahib and consigned over 72 lakhs books of Sufi culture and literature.

“They tried to erase the Sufiat which was once predominant in the region, people were forced to stay away from their religious places due to misconceptions about Sufism, music was forbidden, the radical players were promoting radicalism.”

“But now, the biggest change I see is that once again people especially the youth of Kashmir are talking about Sufi culture, they talk of unity, oneness, they believe that Sufism was inclusive culture,” he said.

With pain and sadness in his eyes, he pointed towards a terrace saying that was the place where once used to be the rendition of sacred Sufi music every day. “Things will return to normal,” said he with a glimmer of hope.

Hoping for the return of tourists to the valley, the common Kashmiri’s who earn their bread and butter through tourism are praying for normalcy and a flourishing tourism season in the new year.

Stating that Kashmiri kahwa was one of the most popular hot drink of tourists, Wasim Khan working at more than century old restaurant Adhoos in Srinagar, showed Samovar, a traditional metal container for making kahwa and tea. He explained how they add charcoal in the fire container of the Samowar and water and kahwa ingredients were poured in the space around the fire container which keeps it pepping hot.

“It just takes a few minutes to make kahwa and it’s one of Kashmiri’s treat only keeps one warm but also helps to maintain good health and boost immunity,” he said. He was of the view that of late, a few tourists had started arriving in the valley and expressed hope that after the DDC elections, their footfall will increase.

Devotees started coming to the historical Shankaracharya temple to pay obeisance after the opening of the temple. Zail Singh, head priest, said that after Covid, people did not come here for some time because the temples were closed from March till August.

There are also a few who openly vouch for the benefits which Jammu and Kashmir enjoyed when it had the special status due to Article 370 and 35 A.

But the majority of Kashmiris are hoping for a wave of development and doesn’t hesitate in saying how they were being deceived by their previous political leadership.

“I am voting because I believe in a democratic setup. Secondly, it is must for the development of roads, the supply of electricity, water, etc and we are voting to elect our representative that would not only develop of the area but also resolve issues of our schools, hospitals, road, etc,” said Gulam Mohammed Mir, a resident of Ichigam.

“All the political parties have so far deceived us on the name of Article 370, they used to take our votes and do their own development, not ours. And this is the reason why a lot of people come out to cast their vote,” he said.

Expressing concern over the financial losses suffered by the Kashmiri businessmen, a manufacturer of papier-mache articles Gulam Husian Mir said they were expecting the government to extend a helping hand towards them. “We want the government to do away with the middlemen and brokers and should directly purchase items from us and market them,” he said.

He explained how once a flourishing business, became a loss-making proposition due to the non-arrival of tourists and suffered another setback due to the covid pandemic.

Fuming over the prevailing nepotism among the previous ruling parties in the Jammu and Kashmir, Asif Rathar, a resident of Ichigam said they didn’t want dynastical rule.

“India is a democracy and this is why we are voting so that a true democratic set up emerge in Kashmir too, if a government fails to deliver its promises or come up to the expectations of the people then people had the right to replace the government,” he said.

But at the same time, Asif said Kashmiris had not forgotten the August 5 when the Central government had repealed Article 370 and 35 A from the Jammu and Kashmir.

Informing as to how Pakistan and its agencies had attempted to foment the trouble and to derail the electoral process, Dilbagh Singh IPS, Director General of Police (DGP), Jammu and Kashmir said neighboring Pakistan had sent two terror groups to cause disturbance but both the groups were neutralized. “The credit goes to the security forces and the police to well in time  neutralize whatever threat was posed to the security.”

Explaining that he was witness to the big democratic exercise taking place in Jammu and Kashmir, DGP said he had seen huge enthusiasm both among the candidates as well as among voters.

“I appreciate the people for their cooperation and the parties also for their participation in the process and of course the security forces, together we have done a wonderful job,” he said.