Farmers decry forcible takeover of their land for Pharma City 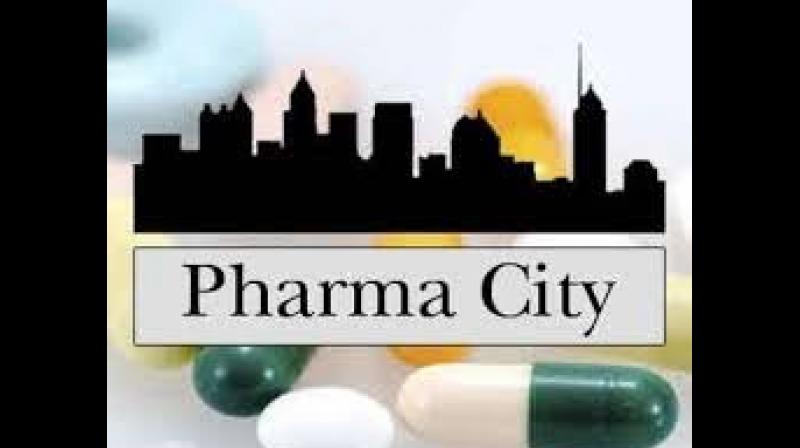 HYDERABAD: Chief Minister K. Chandrashekar Rao inviting Prime Minister Narendra Modi for the ground-breaking ceremony of Pharma City has drawn flak from farmers belonging to almost 18 villages in Ranga Reddy district. What has infuriated them is the CM’s assertion that 11, 000 acres of land had been acquired and shortly the remaining land would be acquired.

Those protesting under the banner of Pharma City Vyathireka Porata Committee told reporters on Friday that in his bid to build the world’s largest pharmaceutical city, the state government has sounded the death-knell of Yacharam, Kadthal and Kandukur mandals in whose 19,333 acres of land the project is coming up.

Committee office-bearers Dr D. Narasimha Reddy and Saraswathi Kavula said, “The Chief Minister has been telling lies. The villagers have not sold their land. We are united on this issue and we will not surrender our land.”

Saraswathi Kavula said, “Not only farmers but all people staying in the area are openly opposing the project. Despite such a determined stand taken by us, the government  is trying to bulldoze its way. We have brought the critical nature of the project to the notice of the Union Government. We urge Modi not to come for the ground-breaking ceremony respecting the sentiments of the people.”

Dr Narasimha Reddy said, “There are too many red category industries in Telangana state, and this government is inviting most of them in blatant violation of environmental laws. Already, pollution levels are high in the state. It has become easy for corporate houses to establish units and pollute the atmosphere in the state. The government seems unconcerned about the well-being of the people.”

Farmers belonging to villages in Yacharam, Kadthal and Kandukur mandals of Ranga Reddy district are worried ever since the government began “forcing” them to hand over their land for the proposed Pharma City.

Speaking to Deccan Chronicle, Panga Maniamma, a farmer, said her would family consume poison if the government goes ahead with the takeover. “In my 22 acres I produce all kinds of vegetables and sell them in Hyderabad. It is our only source of livelihood.”

Kundarapu Narayana Yadhav from Talipati village said, “More than one lakh people who are dependent on agriculture will be affected in 18 villages because of Pharma City. We are three brothers and we together cultivate crops in our four acres. Pharma companies will not only deprive us of livelihood but will also pollute environment. This is our ancestral property. What are we be supposed to do after that?”

Anusuya of Kurmidda village stated, “My three sons and I are into agriculture. The crops that I sow are like my children. Now, they want to take over our lands, which is nothing but killing us.”