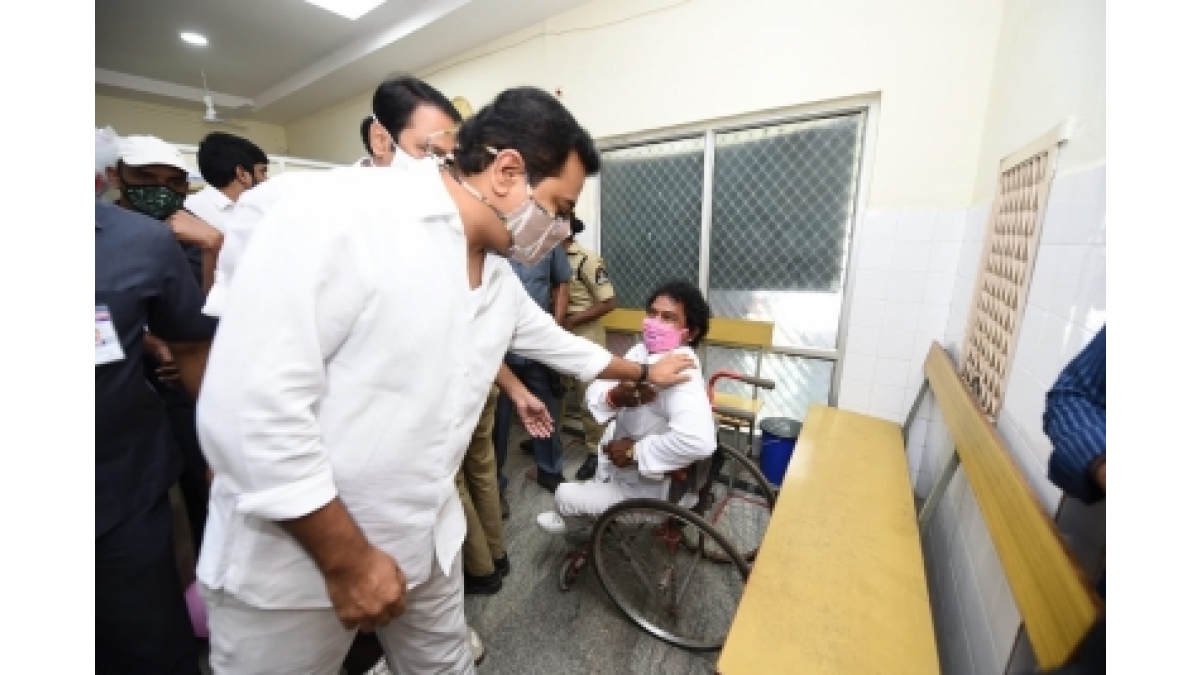 Officials said Telangana Diagnostics is a first-of-its-kind initiative to provide quality diagnostic and imaging services free of cost to the public.

The mini hubs began their operations with pathological services and this will be subsequently expanded to the imaging services.

Citizens can avail free diagnostic services such as X-ray, ECG, MRI, ultrasound and CT scan. Fifteen more such mini hubs will come in Greater Hyderabad. In all 108 tests can be conducted at these centres.

In the next phase, the government plans to open mini hubs in remaining 32 district headquarters.

The mini hubs have been opened to provide diagnostic services free of cost to the patients availing healthcare facilities in Greater Hyderabad Municipal Corporation (GHMC) limits.

Health Minister said that poorer sections need not spend big amounts for tests. These facilities will be integrated with Basthi Dawakhanas and their reports will be sent to higher-level facilities.

Patients approaching the primary health centres in need of any diagnostics will be referred to nearest mini hubs.

The Health Minister also announced that a state-of-art organ transplant centre will be set up at Gandhi Hospital in Hyderabad. It will have eight operation theatres and medical colleges affiliated with the government hospitals will be linked with it.

He pointed out that the government implemented pathological services as a hub and spoke model at Institute of Preventive Medicine (IPM) in Hyderabad covering the GHMC area in 2018 with 126 spokes and gradually increased to catering to nearly 319 spokes including Basthi Dawakhanas, primary health centres, urban primary health centres, wellness centres and dispensaries across the GHMC area.

Telangana Diagnostics is the second big initiative by the state government after Basthi Dawakhanas or neighbourhood clinics in Hyderabad and outskirts.

A total of 224 Basthi Dawakhanas are functioning in GHMC offering quality healthcare and free treatment to the urban poor.

In November last year the network of Basthi Dawakhanas saw major expansion with the opening of 24 new centres being opened in a single day.

The government plans to increase the number of Basthi Dawakhanas to 300 soon.

An initiative of Government of Telangana and National Urban Health Mission, Basthi Dawakhanas were launched in April 2018 and since then they have been offering the healthcare services to people nearly at their doorsteps.

These centres provide 53 different kinds of free services, such as outpatient consultation, medicines, basic lab diagnosis, antenatal/postnatal care, and screening for non-communicable diseases such as blood pressure and diabetes.

According to officials, every Basti Dawakhana registers over 100 outpatients a day.

The services at Basthi Dawakhanas immensely benefited the urban poor during Covid-19 pandemic, especially during lockdown and when in the subsequent period when there was spurt in number of cases.

As people were scared of visiting hospitals due to fear of contracting virus, they approached Basthi Dawakhanas near their homes for treatment of common ailments.

Those who did not want to visit even these centres, availed their telemedicine services.