Harry Styles And Louis Tomlinson Secretly Dating? An Old Video Resurfaced And Created A Buzz On The Web – Crossover 99 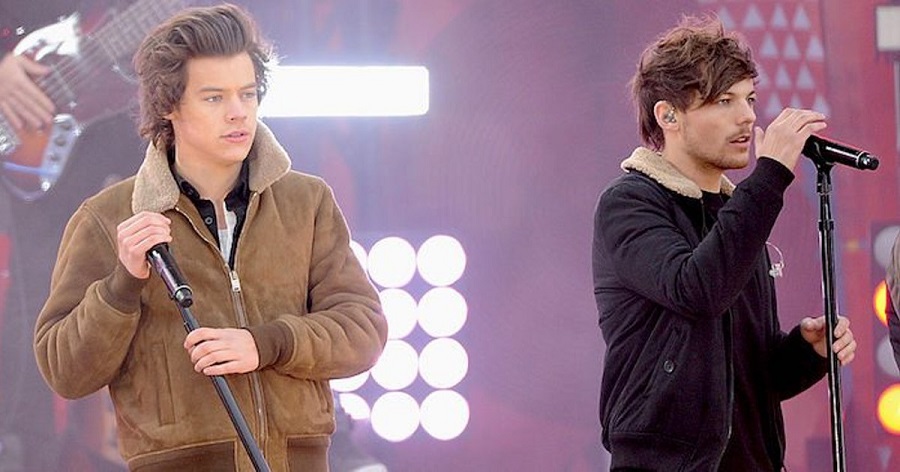 According to an old video that resurfaced, Harry Styles and Louis Tomlinson seemed closer than ever.

A few days ago, we discovered that Harry Styles was now in a relationship with a famous actress, Olivia Wilde. Very discreet about his private life, the 26-year-old British singer has nevertheless been seen very close to the pretty blonde, enough to confirm their relationship. However, some are still skeptical about their love story …

And some are also convinced that during the One Direction era, Harry Styles had a secret love affair with his sidekick Louis Tomlinson! If the two have however denied these rumors, a video of May 2018 has recently resurfaced on the Web and caused a big buzz. While Harry Styles was in Chile for his solo tour at the time, a fan reportedly filmed Louis Tomlinson arriving at the singer’s hotel discreetly, even “pushed” by a security guard to hide so that he wouldn’t be caught. sees on the spot.

One internet user then wrote: “The thing is there is a video that only a few people have, where we see Louis arriving at the hotel with Harry… The video was filmed by one of the fans who were there (he didn’t there were no more than 5 people as it was early in the morning) … I saw this video and I was shocked because the bodyguard tried to get Louis in as quickly as possible so that they can’t recognize him.

That explains why his figure was seen in the VIP section and also all the stories of the people who worked at the hotel that day (especially the fact that Harry had an entire apartment shut down). “Here is a story which risks to upset the fans of Larry and to revive once again the rumors … But difficult to know if it was Louis Tomlinson on the video! Still, on the subject of One Direction, Liam Payne defended Harry Styles, tackled his effeminate look.