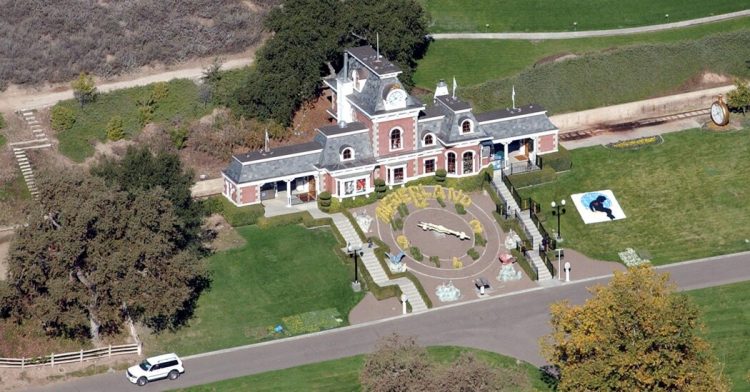 A spokesman for Mr. Burkle, who previously served as a financial adviser for Mr. Jackson, said that he viewed the investment as a land banking opportunity. Mr. Burkle made his initial fortune buying and selling supermarkets in California. He is also a co-owner of the Pittsburgh Penguins hockey franchise.

Mr. Jackson bought the ranch, a 2,700-acre property in Los Olivos, Calif, about 125 miles northwest of Los Angeles, for about $17 million in 1988. He named it Neverland Ranch, after the mythical island home of Peter Pan, the boy who never grew up.

Under Mr. Jackson’s direction, the property was transformed at a cost of $35 million into an entertainment complex, complete with a zoo, a train, an amusement park that included a Ferris wheel, and a 50-seat theater.

The property also includes a 13,000-square-foot French country main house, as well as other buildings.

In 2008, Neverland was nearly foreclosed on after Mr. Jackson defaulted on $24.5 million he owed on the property. A Los Angeles real estate investment company, Colony Capital LLC, put the title for the property into a joint venture with Mr. Jackson.

Before his death in 2009, Mr. Jackson faced several allegations that he molested young boys, with some of the acts occurring at Neverland, according to his accusers. One case went to trial in 2005; he was acquitted after 14 weeks. He died four years later while preparing for a string of concert dates he hoped would revive his career. After the 2005 trial, Mr. Jackson never returned to live at his ranch.

A documentary, “Leaving Neverland,” which debuted at the Sundance Film Festival in 2019, rekindled speculation about the allegations.

Months after the documentary was shown, a legal dispute between HBO and the Jackson estate intensified over claims that the cable channel, by showing the documentary, had violated an old contract stipulating that it “shall not make any disparaging remarks” about Mr. Jackson.

In December, HBO lost an appeal to a court ruling that granted the estate’s motion to take the dispute to arbitration, according to Variety.

The property has been on the market since 2015, despite speculation that it would be used as a memorial to Mr. Jackson, akin to Elvis Presley’s Graceland. But the amusement rides were removed and it was rebranded the Sycamore Valley Ranch, The Journal reported.

Stacy Brown, an author of “Michael Jackson: The Man Behind the Mask,” said he used to be close to the Jackson family and visited the ranch several times.

He said Mr. Jackson was hospitable and that the ranch “had it all.” A statue of a butler held the ranch’s guest book, which many famous people in Hollywood had signed, Mr. Brown said.

“It was a great place, but many will say that it was a place where kids were exposed to abuse, and I don’t disagree with that,” said Mr. Brown, who was a witness for the prosecution in Mr. Jackson’s 2005 case. He said he never witnessed Mr. Jackson do anything malicious.

“What a shame that it came to this, and what a shame that Michael’s dead,” he said. “The sale of Neverland is a sad day for the Jackson family. It truly ends what was such an amazing legacy.”