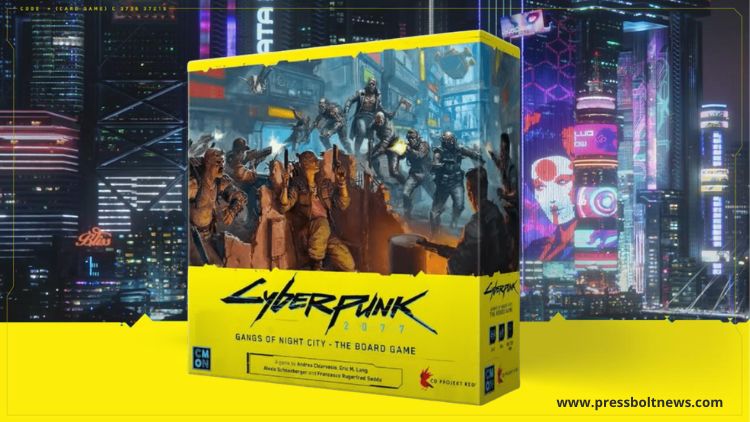 The adaptation of CYBERPUNK: the video game is here! In association with CD Projekt Red, CMON has successfully announced the release of the CYBERPUNK 2077 tabletop game.

The game designers, Andrea Chiarvesio, Francesco Rugerfred Sedda together with Eric M. Laing and Alexio Schneerberg wanted the board game to be devilishly inclusive for 1 to 4 players at a time hence, decided to work upon the central idea of ‘ruling the underground of Night city’ by offering the main character to every player in the game. The game drew its influences from the 1982 film Blade Runner, the manga and anime series Ghost in the Shell, and the video games System Shock (1994) and Deus Ex (2000).

We start frolicking with 4 gangs viz. Maelstrom, Valentinos, Voodo Boys, and Tyger Claws trying to dominate the city whose individual perspectives introduce us to the theme of gang wars, mystery, territorial disputes, violence, and crime. While the setting explores the pictorial fanciness of a city rampant with corruption and illegal cyberware sold on every street. 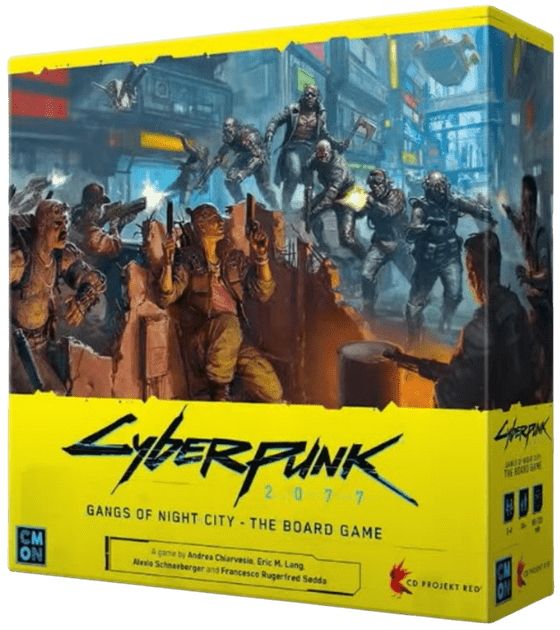 The map of the night city from Cyberpunk 2077 features six different districts for players to fight over. The element of characterization is clearly distinguished for the class units of Solos, Techies, and Netrunners who are recruited by players for acting upon the narratives over the strategic boxy board. While each of their abilities comes with differences in building the armies, hacking into the net, and seizing opportunities respectively, the end goal of the gangs is to accumulate the most Street Cred to expand their control over their opponents.

CMON has a long history with crowdfunding, and with Kickstarter in particular. Cyberpunk 2077: Gangs of Night City is the company’s 51st campaign on that platform, and when it’s over it will have raised more than $240,000 from over 3,000 backers — easily surpassing its $100,000 crowdfunding goal. As of press time, the Kickstarter for Cyberpunk 2077: Gangs of Night City has raised $327,000 and has surpassed its initial $100,000 goal.

This crowdfunded project of CMON particularly Kickstarter has already raised more than $100,000 which was its initial goal in the period of just a day. As per the press, the Kickstarter will remain open through July 6th.