Home Culture What is Pride Month and why is it important? 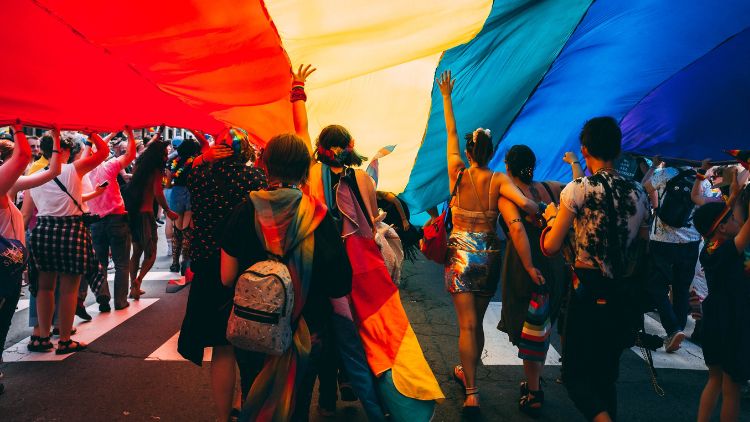 The month of June is recognized as the ‘Pride Month’ that is wholly dedicated to recognizing, uplifting and supporting the LGBTQIA+ community. It is a month to celebrate love in all its forms irrespective of one’s gender.

This month is mainly celebrated to honor the Stonewall Inn riots also known as the Stonewall Uprising that occurred in 1969. These riots were a series of protests against the police raid and violence that began in the early hours of June 28th, 1969 outside a gay bar called ‘Stonewall Inn’ located in Greenwich Village, New York.

At that time, homosexual relations were marked as an illegal act in New York. Hence, gay bars were considered a safe space for the queers to hang out and socialize away from public harassment. However, many of such bars were subjected to regular police raids and violence. Stonewall Inn was one of them.

These riots continued for about five days where all the people protested against the ongoing police harassment, violence, social discrimination, and being devoid of basic rights that protect them. This protest is an extremely significant event in the timeline of pride history as it was the first time all the people that belonged to the community as a whole decided to unite for a cause.

Pride Parades and the declaration of Pride Month—

The first ‘Pride Parade’ was held on June 28th, 1970 on the one-year anniversary of the Stonewall Uprising.

In India, the first-ever Pride Parade was held in Kolkata on 2nd July 1999 which was given the name “The Kolkata Rainbow Pride Walk”. It gathered only 15 participants even though it saw participation from cities like Mumbai and Bangalore, where none of them were women.

President Bill Clinton was the first United States president to declare June as the ‘Pride Month’ in 1999 calling it the “Gay and Lesbian Pride Month”.

Then for the years when Barack Obama was the President, he declared June as “LBGT Pride Month.”

The Pride Flag is rainbow-colored, which represents inclusivity, acceptance, and togetherness as the community consists of people from different races, ages, genders, etc. and they’re all beautiful.

Being happy with who you are and who you want to be with should not be something one should be ashamed and terrified of, but that is the case with queers as they are treated inhumanely and disregarded as “mentally ill” or “it is just a phase” or even as far as being disowned by their own parents/caregivers for being who they are.

It is necessary to acknowledge and be thankful to all the people in the Pride History that helped advocate on behalf of all the community members knowing they could be subjected to harassment and abuse in every form.

The hate crimes, abuse, and suicide rates in India, and all over the world against the queer community are still high and there are barely any laws protecting them against it. Imagine being punished and threatened for being yourself, awful right? It is also one of the reasons to celebrate and raise awareness regarding Pride and the twisted social norms surrounding it.

Love transcends all boundaries, then why not gender as well.

After all, love is love; it deserves to be celebrated, understood, and supported.