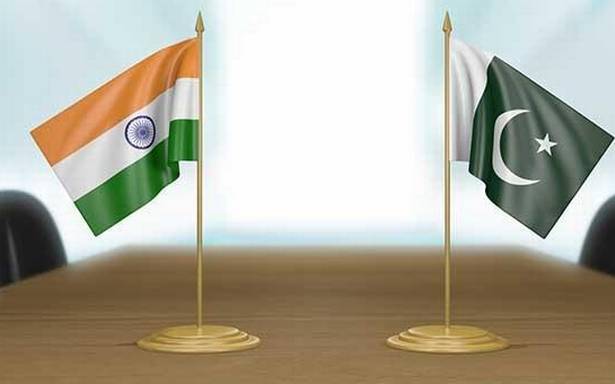 Pakistan’s Federal Cabinet on Thursday deferred a proposal of its Economic Coordination Committee (ECC) to import sugar, cotton and yarn from India “until Article 370 is restored”.

On Thursday, the ECC — headed by the newly-appointed Finance Minister Hammad Azhar — decided to import these commodities to overcome a severe shortage of these commodities and bring their surging prices under control.

Pakistan Interior Minister Sheikh Rasheed Ahmed told local media after the meeting that the Cabinet “deferred the proposal over trade with India until Article 370 is restored”.

The Cabinet “deferred”, which is viewed as a rejection, after some ministers objected to the ECC proposal. The rejection also comes after Pakistan Prime Minister Imran Khan had approved the imports on March 29.

The rejection of the proposal to import sugar, cotton and yarn from India means the people in Pakistan and its industry will continue to pay a higher price for these commodities, industry leaders, who did not wish to be identified, said.

Even when Pakistan’s ECC proposed imports from India, a cotton industry leader reacted cautiously when BusinessLine reached out to him, saying: “the entire Pakistan Cabinet has to clear it.”

“This is why Pakistan lacks development,” said a Mumbai-based industry leader.

Pakistan’s Cabinet decision is in stark contrast to the Indian government’s stand which said it had no objection to exports of the commodities to the neighbouring nations.

During the last fiscal, Bangladesh and Nepal took advantage of lower prices for rice, maize, turmeric and wheat in India and imported a significant quantity of these commodities.

On Thursday when Pakistan’s ECC decided to import the Indian commodities, it appeared that trade relations would receive an additional boost.

However, the Pakistan Cabinet decided to harp back on the abrogation of Article 370 by India in August 2019. Then, Islamabad decided to ban imports from India. Article 370 accorded special status to Kashmir that has now been withdrawn after its abrogation.

The ECC decided to import cotton from June this year, besides purchasing five lakh tonnes (lt) of sugar from India till June 30.

One advantage Pakistan would have enjoyed by importing these commodities from India was that it would have got them at very competitive prices. New Delhi is already offering these at prices far lower than the prevailing global market rates.

Indian authorities had offered to extend the subsidy that is given for sugar exports to other parts of the globe to Pakistan too. Exports by land would have fetched a subsidy of ₹4,000 a tonne and those by ship ₹6,000.

The ECC’s decision was seen as a development on the heels of supposedly thawed Indo-Pakistan relations. Indian Prime Minister Narendra Modi and his Pakistan counterpart Imran Khan had desired peace in their communication to one another recently.

India, not a loser

While Indian exporters are quoting white sugar at $410-415 a tonne, Pakistan people are paying Pakistani rupees 105-110 a kg ($700 a tonne) for the commodity. Imports of Indian sugar would have helped Pakistan consumers to get sugar at a price lower than Pakistani ₹65.

India, which has huge carryover stocks of 110 lt of sugar from last season (October 2019-September 2020), would have had no problem in meeting Pakistan demand at a competitive price.

The Indian sugar industry was of the view that it could definitely export the commodity to Pakistan without any problem. The All India Sugar Mills Association, in a press release, said on Thursday that exports to Pakistan would help meet the export target of 60 lt by September this year.

India’s situation has further been boosted by higher sugar production of 300 lt this season.

Similarly, Indian cotton exporters could have met the demand for at least 10 lakh bales that Pakistan was looking for to make its domestic industry export value-added textile goods.

Cotton prices in Pakistan have zoomed to record highs this year after its production dropped 24 per cent to 60.19 lakh bales (of 170 kg) during the current market season (August 2020-July 2021).

As regards cotton and cotton yarn, India had ample carryover stocks of nearly 100 lakh bales of cotton besides a higher production of 371 lakh bales in the current season to September.

“We are not the losers as we had not considered Pakistan in our trading plans,” said the Mumbai-based industry leader.