Sivakarthikeyan to play the role of a college rebel in Cibi Chakaravarthi’s Don? 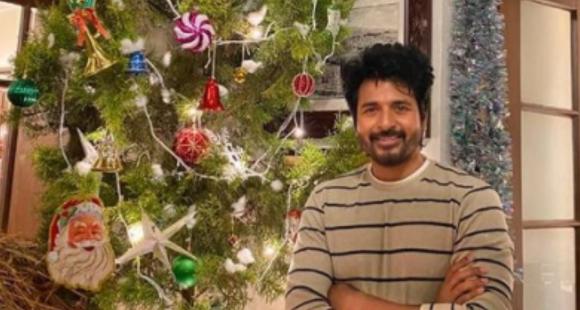 Sivakarthikeyan is currently awaiting the release of his upcoming movie Don. He also completed the shoot of Ayalaan sometime back.

Sivakarthikeyan to play the role of a college rebel in Cibi Chakaravarthi’s Don?

Sivakarthikeyan has already announced his next project and its name has gone viral on social media in no time – Don. Yes, that’s the title of the actor’s upcoming film that will be helmed by director Cibi Chakaravarthi. The latter has earlier assisted note filmmaker Atlee in movies like Mersal and Theri. For the unversed, the South star will reportedly play the role of a student of engineering in the new project which is going to be a wholesome entertainer.

To be precise, Sivakarthikeyan plays the role of a college rebel in Don. His character is described as that of a guy who keeps making fun of everything. This piece of information has been revealed by none other than Cibi himself. Moreover, the music for the same will be composed by Anirudh Ravichander. This is the seventh time that he will be reuniting with Siva for any project. Meanwhile, the shoot for the movie will begin in the second week of February.

As for Sivakarthikeyan, he has recently wrapped up the shoot of his movie Ayalaan co-starring Rakul Preet Singh. The Tamil science-fiction drama also features Isha Koppikar and Sharad Kelkar in pivotal roles. It has been co-produced by RD Raja and directed by R. Ravikumar. Moreover, AR Rahman has composed the music for the same. The first official look from Ayalaan was revealed a long time ago. Apart from this, the actor is also awaiting the release of Doctor. The Tamil action drama has been directed by Nelson Dhilipkumar.