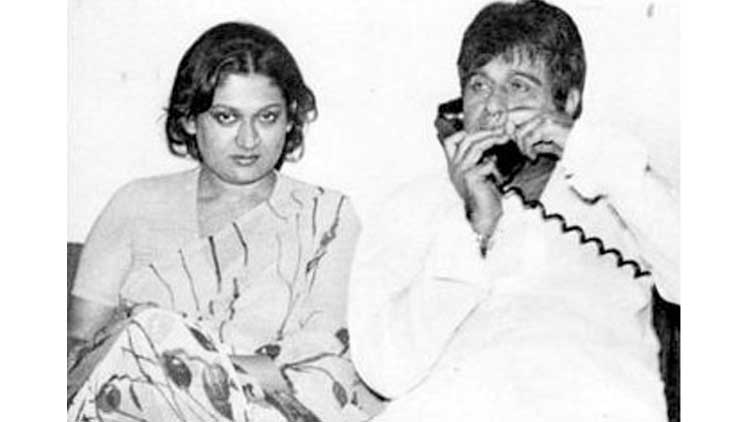 Asma Rehman was the ex-wife of legendary actor Dilip Kumar. Lately, Dilip Kumar passed away on Wednesday at the age of 98. He was popularly known as the tragedy king of Bollywood.

Asma Rehman was from Hyderabad. She was Social Worker and her real name was Asma Sahiba. Asma met Dilip Kumar in a cricket match at Hyderabad.

Dilip Kumar fell in love with the Hyderabadi beauty Asma in 1980. He married Asma, divorcing his first wife Saira Banu, who was 22 years younger than him. It is said that later when Dilip found out Asma was cheating on him with her former husband;  the marriage was over in 2 years. They got divorced in 1982.

After divorcing Asma against her deceitful, Dilip went back to Saira Banu and remarried her. Whereas, some say he married Asma despite being married to Saira Banu. Maybe true!
Dilip- Saira Banus’s strong bond of love was still visible after 5 decades of marriage.