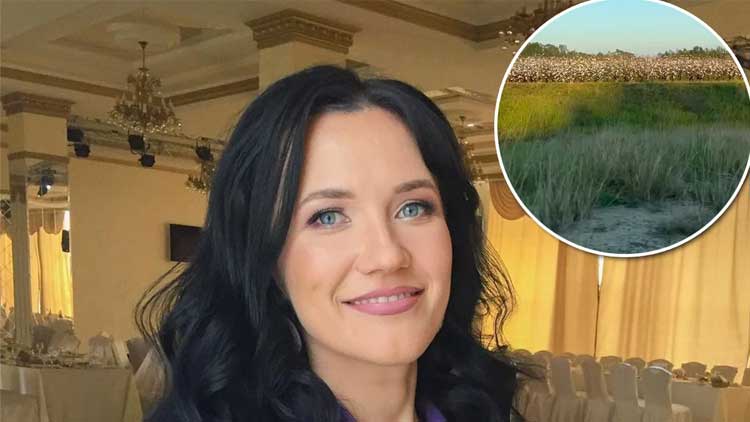 90 Day Fiancé star Varya Malina seemingly confirmed she and fiancé Geoffrey Paschel are still together after revealing she just moved into his home in Tennessee ahead of his sentencing on domestic violence charges.

“Oops, I did it again. Surprise! Vesta and I are in Tennessee. She really enjoys spending time with her best friend Chaos and fiancé Havoc. I’m taking care of all the fur babies. Do you want to see more of my country life? #90dayfiance #tennessee #countrygirl #varyamalina #tn,” Varya, 31, captioned an Instagram Reel of her arriving at Paschel’s front door. Eagle-eyed fans noticed that it was Paschel’s home because it’s the same house he was living in when the couple filmed their scenes for 90 Day Fiancé: Before the 90 Days season 4.

Earlier this month, Malina sparked rumors that she’d be moving to Paschel’s home state when she revealed she “fully packed” her car and is in the process of moving hours after announcing she will be selling her Florida house.

“Sorry, today there are no stories,” the Russia native shared in a Tuesday, November 2, update on Instagram Stories, showing herself on the road with a crying emoji. “Can’t believe that everything [that] I need for life fits in this car,” she captioned another video.

“If everyone who asks me where I moved in my DMs watched my recent post, then I would have already responded,” she wrote in an update on Wednesday, November 3, after announcing that she moved from Pensacola in another caption, teasing, “I will post my next Reel from the new place if this one collects at least 250 thousand views.”

On Thursday, November 4, she added fuel to the rumors when she shared another Reel that appeared to be captured at Paschel’s son’s wedding over the summer, which was held in Friendsville, Tennessee.

Paschel, 41, is currently in jail after his guilty verdict on October 7, where he will remain until his sentencing hearing that is scheduled for December 3, 2021.

Earlier this month, the Before the 90 Days personality was found guilty of aggravated kidnapping, domestic violence and interference with an emergency call for a domestic dispute involving his ex-fiancée, Kristen Wilson, in June 2019.

Although Malina did not attend Paschel’s assault trial like his ex Mary Wallace, who also appeared in season 4 of the TLC spinoff with Paschel and Malina, she did show him support in a statement following her return to Instagram.

“For the past 2.5 years, we have had so many ups and downs. In our relationship, there were times of love and disappointment, cowardice and heroism, betrayal and forgiveness,” Malina wrote on October 16, seemingly hinting they are still together. “But there wasn’t ever a place for indifference. Right now, I ask all people who are also concerned about Geoffrey to unite and help the justice to be served. His son Dakota, on behalf of the whole family, started fundraising.”

“By this, we all are giving Geoffrey an opportunity to clear his name and we are giving the children who have already been traumatized by social media cruelty, a chance to have their dad by their side when they need him,” she continued.

Malina has since discussed her move to America from Russia, sharing that she has no “regrets” about her relocation in a video she posted on October 31.

The next day, she took to Instagram Stories with a life update, teasing some big news about her next steps.

“Today, I met the realtor and I’m doing a very important and big [move],” she said while visiting a Pensacola dock with a friend. “I’m going to sell the house.”