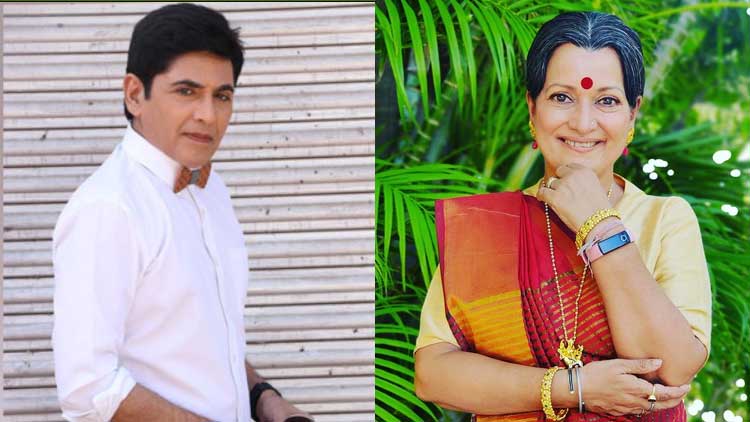 Television, one of the most well-known and popular audio-visual means of communication, is appreciated on November 21as World Television Day. On this day, a number of television personalities talk about how television has been an important factor in shaping their career and making them notable stars in the industry.

Aasif Sheikh of Bhabiji Ghar Par Hai, says, “This year’s World Television Day is particularly special for me because it celebrates the medium that helped me achieve the World Book of Records. I started doing theatre at an early age, post which I explored movies and television. Television has helped me gain immense respect and love from the audience, especially for my character from the show Bhabhi Ji Ghar Par Hai. I love being recognized as Vibhuti Narayan Mishra and aim to keep entertaining each member of the audience with my upcoming performances

Siddharth Arora, currently seen in the role of ‘Mahadev’ in Baal Shiv says, “No matter how much we evolve and move towards other mediums of entertainment, television is and will be one of the foremost mediums of entertainment content. I started my career with theatre, and then I got a break from television. Since then, there has been no looking back. While the stage prepared me as an actor, TV allowed me to become a household name and hone my acting skills with every challenging role and project. I owe all my recognition to it. Today, I can proudly say that television is a huge part of who I am, and it will forever stay that way. “

Pawan Singh, aka Zafar Ali Mirza of ‘Aur Bhai Kya Chal Raha Hai’ says, “Television has made me everything I am today. Aur Bhai Kya Chal Raha Hai? has given me immense popularity and, more than that, a lot of warmth and affection from the audience. When people call me with my screen name and compliment my acting skills, I feel content. And this feeling of setting higher benchmarks for myself and continue entertaining people is only because of TV.”

Himani Shivpuri, as Katori Amma in &TV’s Happu Ki Ultan Paltan says, “I started my career with theatre, it helped me a lot with my art, but the audience was limited. It was only when I moved to television, I became a household name and without me telling who I was, people already recognized me because I had reached their home. I went on to do films but somehow kept coming back to Television. People often questioned me saying that you’re doing such great films, why are you still working in television? I always told them, Television is the ladder that gave me fame and love and I cannot throw away the ladder now that I’m getting diverse roles in movies. So, even back in the ’90s with two shifts on movie sets, I definitely continued with a shift of a Television show.

The love, recognition, and admiration that I have received for my work are immense. The best thing about TV is the long-term bond one tends to create with its audience. Since the TV’s content has a longer arch and is a daily show, the characters become a part of the audience’s everyday life, and people relate to you more personally. I have had several instances where people connect to my character of Katori Amma and share their problems with me. I have received tremendous love and affection from them, and television, in a way, has continued to shape my career.”

Akshay Mhatre, alias Varun Agarwal in &TV’s Ghar Ek Mandir-Kripa Agrasen Maharaj Ki, says, “I always aimed to be a Television actor because of the diversity of roles it offers. Television watching is most households’ favourite recreation activity and habit, and it offers a plethora of news and information apart from entertainment. I started my career with television, and I owe a lot to this medium for making me a household name. It has helped me evolve as an artist and prepared me to explore and adapt to new characters and roles. I owe a great deal of my who I am today to television.”