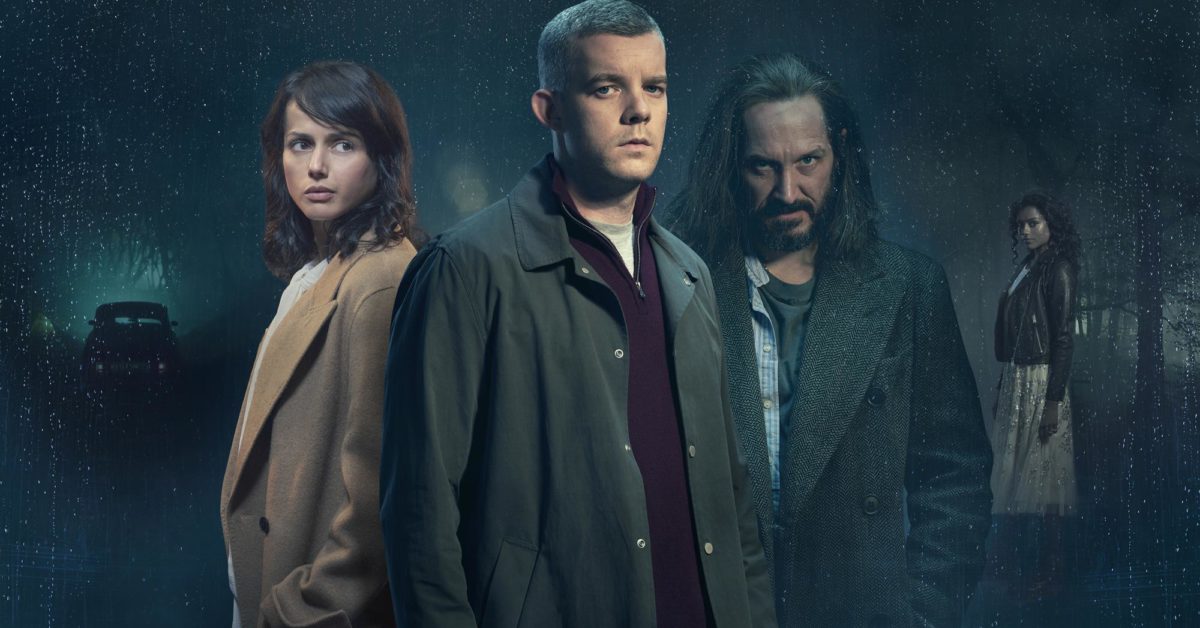 The Sister is a suspense thriller by Neil Cross, the creator of Luther, that was on ITV in the UK in the middle of last year and just premiered on Hulu in the US. It’s about a man whose bad decision years ago comes back to haunt him, seems to want to say something about guilt and penance, but really ends up as an utterly nonsensical and inconsequential sort-of ghost story.

Russell Tovey plays the shy, nervous Nathan, who’s going through a rough patch with his wife Holly (Amitra Acharia) as they try to get pregnant. Then Nathan’s acquaintance Bob, played with gleeful seediness by Bertie Carvel, shows up and tells him they have to move the body they buried in the forest a few years ago before land developers find it. That body belongs to Elise (Simone Ashley), Holly’s sister. Bob and Nathan seem to be responsible for her death that they felt the need to cover up rather than report to the police. Nathan proceeded to court Holly and marry her in an act of atonement, masochism, and neediness, and now Bob threatens to destroy Nathan’s life and possibly land him in jail. Nathan ends up in a battle of wits with Bob, trying to get him out of his life while Bob claims the ghost of Elise is making her presence known and driving him insane.

Neil Cross has the TV writer’s habit of overusing the Idiot Ball where characters act in utterly ridiculous ways no one in real life would ever do. Virtually all of The Sister is made up of not just totally irrational decisions by the characters, but contrivances that feel like the God of Coincidence is having a stroke. The cop investigating Elise’s disappearance is also Holly’s best friend. Who in real life would marry the sister of the woman he might have killed out of guilt? What murderer in real life would claim as his motive a desire to create a ghost? Maybe all this might be vaguely believable if you just accept that this is a melodrama and melodramas are all about people making the most insane, stupid, and unrealistic decisions ever.

When the show was broadcast in the UK, many viewers went on social media to talk about how spooked they were by the ghost story aspect of the plot. Granted, the show is directed with a reasonably convincing dark and brooding atmosphere, but the whole ghost story part of the show is a complete nonstarter. The ghost of Elise doesn’t really show up, only making her presence almost felt in hints and sounds. It would have been more fun and spooky to go all in and have the ghost show up as a real presence actually haunting and watching over Nathan and Bob as a manifestation of their guilt and deteriorating sanity, driving them to actions that doom them, but there are squeamishness and embarrassment here that keeps the story from doing a ghost story with real conviction. It’s interesting that American reviewers have ignored the ghost story part of the show since they’re rightfully unconvinced by it. The Sister is very far from the best show to binge during our extended lockdown purgatory, but it’s interesting to study for its failure to be believable.

Adi Tantimedh is a filmmaker, screenwriter and novelist who just likes to writer. He wrote radio plays for the BBC Radio, “JLA: Age of Wonder” for DC Comics, “Blackshirt” for Moonstone Books, and “La Muse” for Big Head Press. Most recently, he wrote “Her Nightly Embrace”, “Her Beautiful Monster” and “Her Fugitive Heart”, a trilogy of novels featuring a British-Indian private eye published by Atria Books, a division Simon & Schuster.