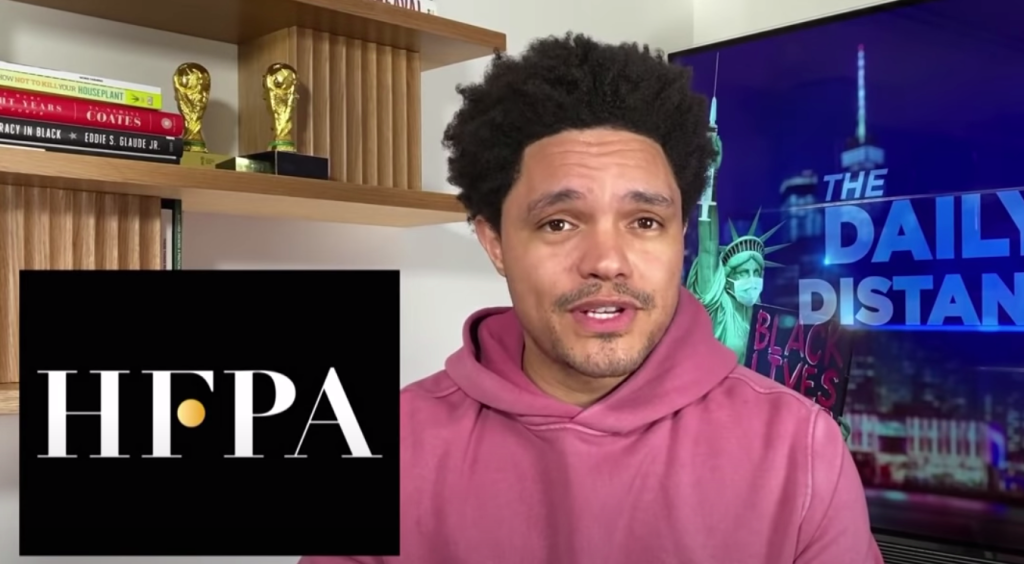 The Daily Show‘s Trevor Noah had more to say about the Golden Globes’ lack of diversity than the HFPA did during his “Ain’t Nobody Got Time For That” segment on Monday night.

On Monday he recapped the 78th annual Golden Globes ceremony, taking jabs at not only the technical glitches that left many confused, but also the controversy surrounding the industry awards show. Days leading up to the 2021 Golden Globes, or what Noah calls “the Oscars’ weird foreign cousin,” a Los Angeles Times exposé revealed that the Hollywood Foreign Press Association has zero Black journalists among its ranks. While Time’s Up and a number of notable Hollywood stars slammed the HFPA for its lack of representation, Noah had his own criticism.

“You know you have representation problems when the Proud Boys has more Black members than you,” he quipped.

In what was a ceremony that mainly consisted of nominees and presenters calling out the HFPA, Noah added that the Sunday night ceremony also provided viewers an inside look at actors’ lives, specifically their homes. He joked about Jeff Daniel’s room with multiple doors, adding that it was his favorite of the night.

While Noah roasted the virtual ceremony that had its own controversies, the late night host ventured into another controversy that made headlines – the sexual harassment accusations against New York Governor Andrew Cuomo.

In the past couple of days a number of women, some of whom worked for him, accused Cuomo of unwanted advances. The Governor, who has also come under fire for the deaths in New York assisted living facilities, is now the subject of an independent investigation.

“Here’s the thing, even if Cuomo did think that it was just being playful, it’s still not okay,” Noah said. “This is what bosses never seem to understand – if you’re a boss you should never be flirtatious with your employees. As a boss you’re basically a dragon, no one’s ever trying to hug a dragon, they’re just trying to get out the cave in one piece.”