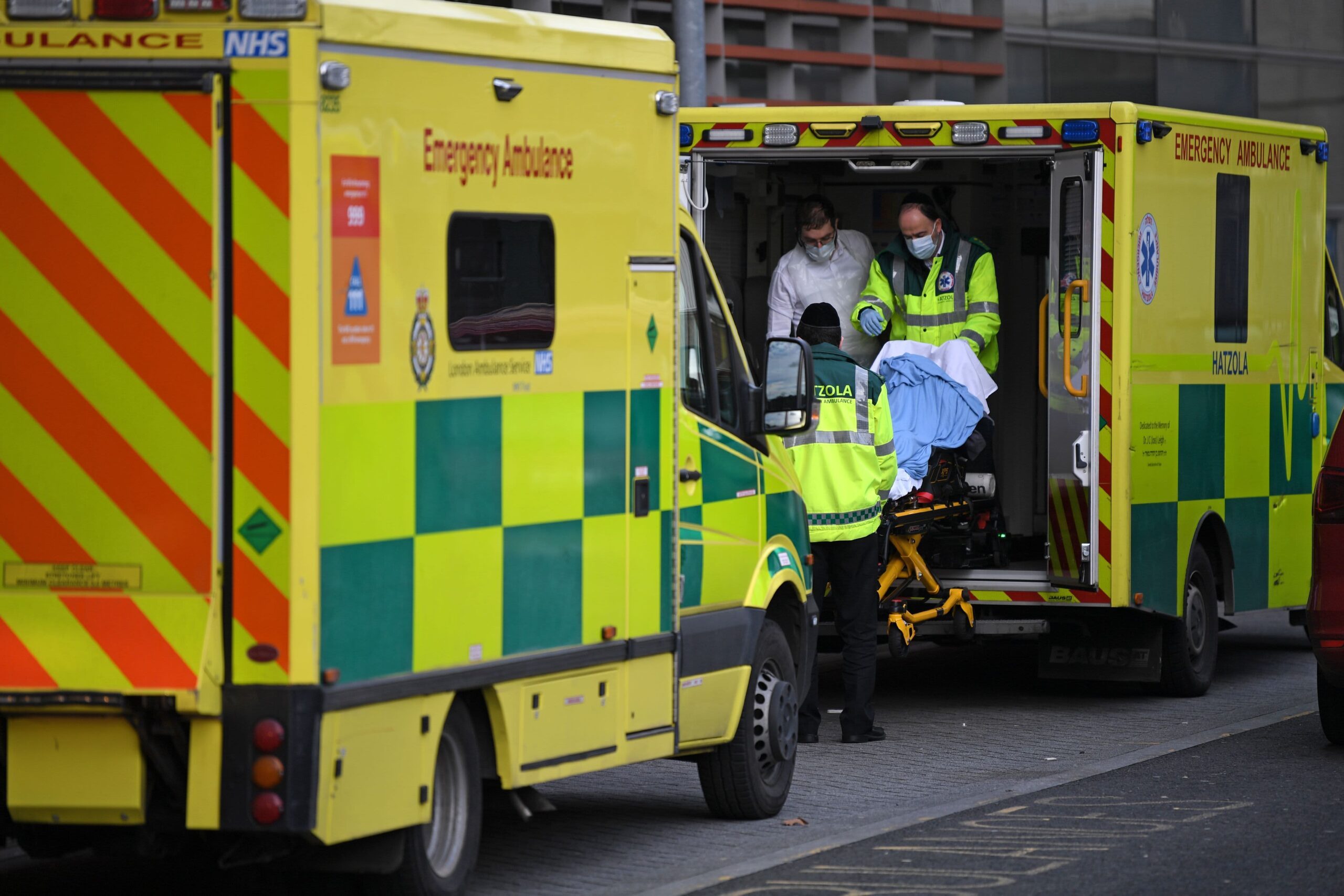 Paramedics work inside an ambulance parked outside the Royal London Hospital in east London on January 21, 2021.

LONDON — The U.K.’s official death toll from the coronavirus pandemic hit 100,000 on Tuesday, the grim milestone reached as a recent surge in infections continues to put pressure on hospitals and emergency services.

The latest data from the government showed a further 1,631 people had died within 28 days of a positive test. To date, the U.K. has recorded over 3.6 million infections.

Britain has been hit particularly hard by the pandemic that emerged in the country almost a year ago. The first two reported Covid-19 cases were in the tourist town of York in northern England on Jan. 31 2020.

Now, a year later and the U.K. is in its third national lockdown and is battling a surge in infections, and subsequent hospitalizations and deaths, caused by a more transmittable variant of the virus. First discovered in southeast England in September 2020, the mutation then spread to London and is now responsible for the majority of new infections in Britain. This has led to a higher number of people going into hospital, putting extreme pressure on the health care system.

The U.K. has the fifth highest number of cases in the world, according to data from Johns Hopkins University, after the U.S., India, Brazil and Russia. France with around 3.1 million cases, then Italy and Spain, both with around 2.5 million cases each, follow but the U.K. has a higher death toll than its European neighbors.

Experts have put the U.K.’s harsh experience during the pandemic down to a number of factors, including its later first lockdown which meant it struggled to gain control of the rapidly-spreading virus and hesitation over the following two lockdowns when cases had already started rising again following periods of relaxation. A poor test and tracing system has also been a factor.

On a more positive note, the U.K. is among the world leaders when it comes to its coronavirus vaccination campaign. It was the first country to authorize and rollout the vaccine created by Pfizer and BioNTech, and the jab created by AstraZeneca and the University of Oxford.

Having started its vaccination campaign in early December, weeks ahead of the EU, it has now vaccinated a good part of its priority groups; the elderly and health care/care home workers, and is now offering the vaccine to the over-70s and anyone extremely vulnerable.

To date, it has vaccinated over 6.8 million people with at least the first dose of a vaccine.