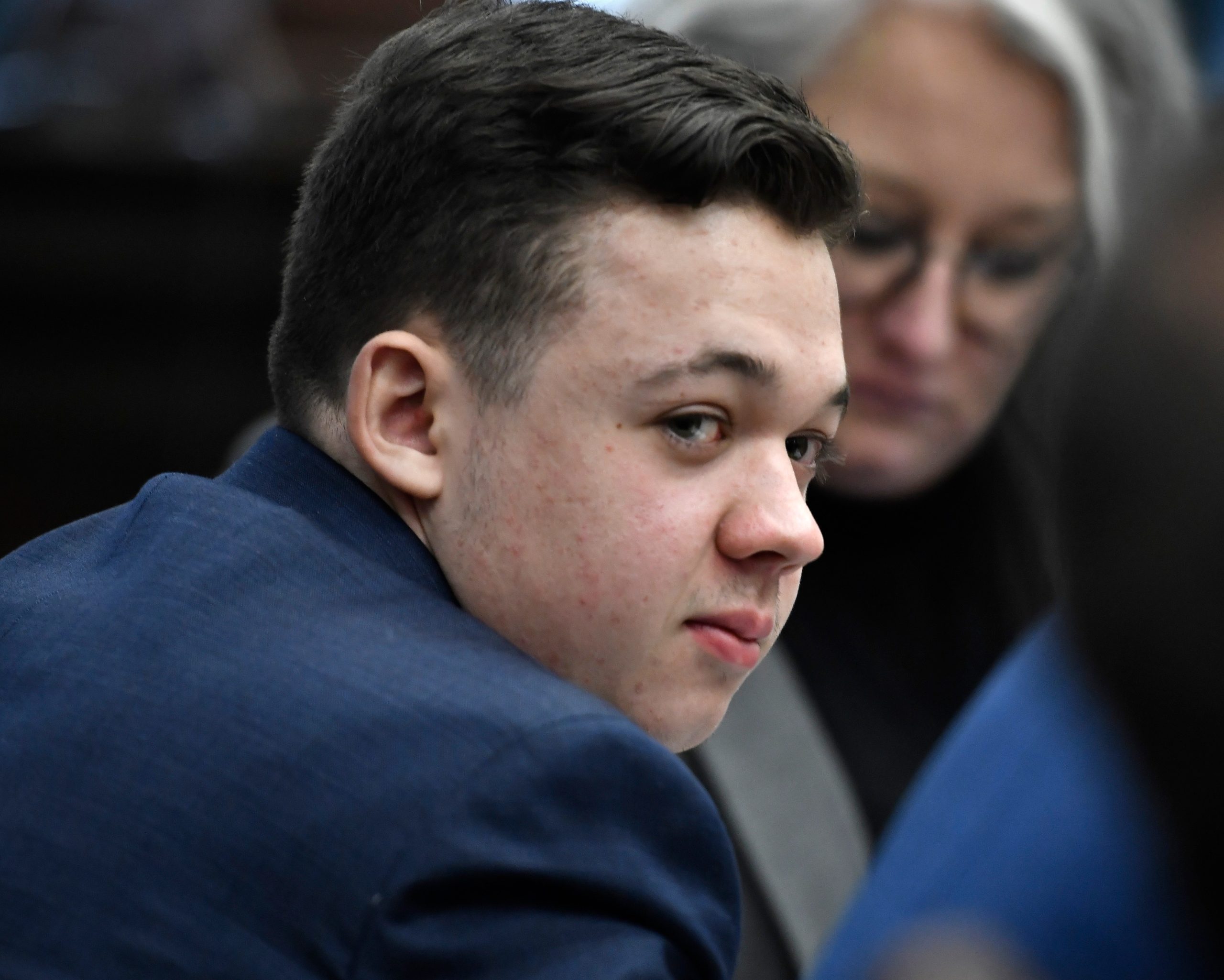 Rittenhouse continued to run. The Post reports that Rittenhouse was chased by a crowd that included Huber. Rittenhouse also passed by Grosskreutz, who was live streaming the scene. Grosskreutz took out his pistol and began to chase Rittenhouse.

Who were the victims?

Rittenhouse shot and killed 36-year-old Joseph Rosenbaum and 26-year-old Anthony Huber. He also shot Gaige Grosskreutz, 26, who survived and testified at the trial.

According to the Washington Post, Rosenbaum was a homeless man who had spent years in prison for sex crimes against children. That day, he had been released from a hospital after a suicide attempt and, according to the Post, “dumped on the streets of Kenosha.” CNN reports that Rosenbaum was unarmed, and threw what looked like a plastic bag at Rittenhouse. CNN reports that video footage shows Rosenbaum following Rittenhouse. Rittenhouse shot him four times. On the stand, Rittenhouse said, “If I would have let Mr. Rosenbaum take my firearm from me, he would have used it and killed me with it and probably killed more people.”

Huber, the Post reports, had been friends with Blake, the police shooting victim. Grosskreutz was a former paramedic and an anti-police-violence activist. He was at the protests dispensing medical care. He was armed with a pistol, and had a concealed-carry permit.

What did the jury decide?

The jury found Rittenhouse not guilty of all five counts, including homicide.

Why do people keep talking about the judge?

The judge in the Rittenhouse case, Bruce Schroeder, has drawn his own headlines throughout the proceedings. For one, during pretrial, he clarified that the word “victims” should not be used, which the Times reports is common practice in criminal cases. But he also said that the words “looters” and “rioters” could potentially be applied to the men shot by Rittenhouse if Rittenhouse’s lawyers could bring applicable evidence.

Schroeder allowed Rittenhouse to draw slips for the selection of the 12 jurors who would give a verdict on the case, the Daily Beast reports. Offering an explanation, Schroeder said that when he last allowed a clerk to draw names for the jury, as is customary, the only person who was not selected from the pile was “a Black, the Black, the only Black.”

In another moment, Schroeder tangled with a lawyer for the prosecution over a line of questioning, becoming angry. And at one point, he began to sing, a capella, the jazz tune “Autumn Leaves.”

What’s going to happen next?

According to ABC7Chicago, protests have not yet broken out in Kenosha by 2:55PM on Friday, though the state’s governor Tony Evers had called for 500 National Guard members to stand by.

“Look, I stand by what the jury has concluded,” President Joseph Biden told reporters on Friday afternoon. “The jury system works, and we have to abide by it.” Protests are still expected in Chicago on Friday night.