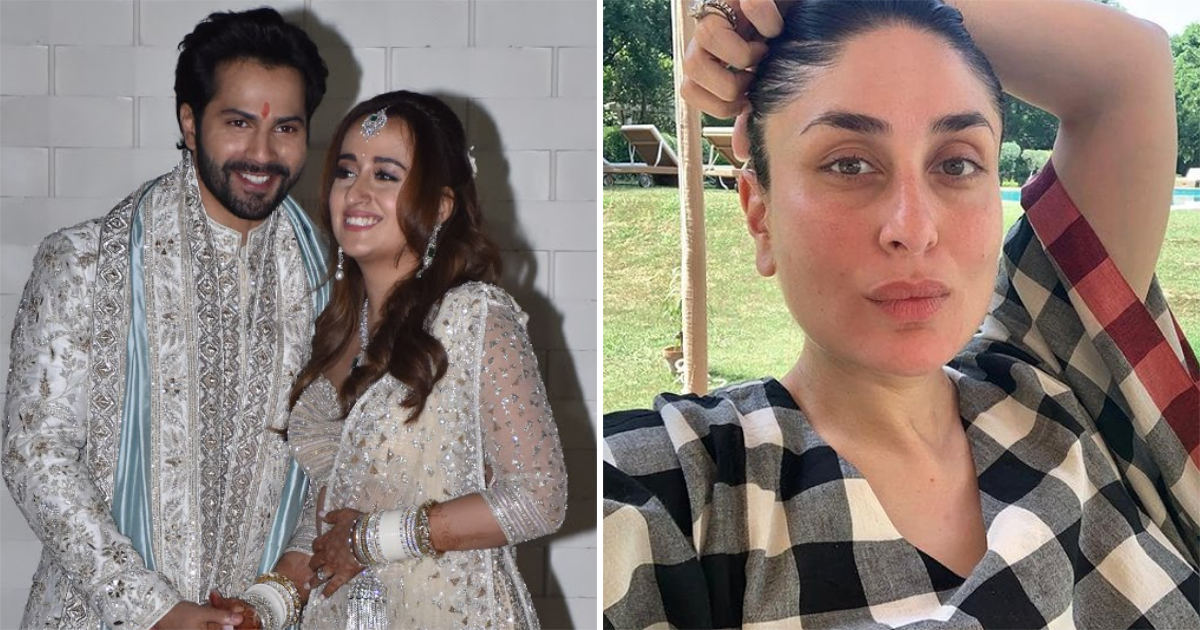 Another bachelor from the industry has stepped into the married man’s club. Varun Dhawan is now off the eligible bachelor’s list after tying the knot with his beau Natasha Dalal. The wedding took place on January 24 in an intimate ceremony held at Alibaug. We all know that the actor and his newly wedded wife are childhood sweethearts. But, he revealed many such secrets to Kareena Kapoor Khan in an old interview she took for her radio show What Women Want.

The Coolie No 1 actor had opened up about his love life, and now that we have stumbled upon one of his old interviews, we would want you too to have a look at it. Keep scrolling further.

On the show, Varun Dhawan revealed that he had been friends with Natasha Dalal since grade six and the moment he saw her, he felt that he fell in love. “I actually met Natasha when I was in the sixth standard. We’ve not been dating since then, but we were friends till the eleventh grade or so. But I remember that the minute I saw her, I went to Maneckji Cooper and she was in Yellow House and I in the Red House. We were on the basketball court, and during the lunch break they would give you food and all…and I remember her walking, and I remember seeing her. I saw her, and I felt like I fell in love with her. She rejected me some three or four times. I didn’t give up hope,” he said.

Varun Dhawan also mentioned that he has got an honest partner in Natasha Dalal and that’s the secret behind his happy relationship.

On many occasions, we have seen that Varun is such a loving and caring boyfriend. He makes sure that Natasha never has to face any awkward moment in front of the media and we saw proof of it even on the day of their wedding.

Varun Dhawan asked the paps to take it easy as Natasha Dalal was kinda getting scared with all the hustle and bustle. Now, isn’t this just perfect? Well, we wish these two a very happy married life.

When Varun Dhawan Opened Up About Natasha Dalal To Kareena Kapoor Khan “I Saw Her & I Felt Like...”