Home SportsIPL Who will be the 4 overseas players in Mumbai Indians (MI) Playing XI for IPL 2021?

Who will be the 4 overseas players in Mumbai Indians (MI) Playing XI for IPL 2021? 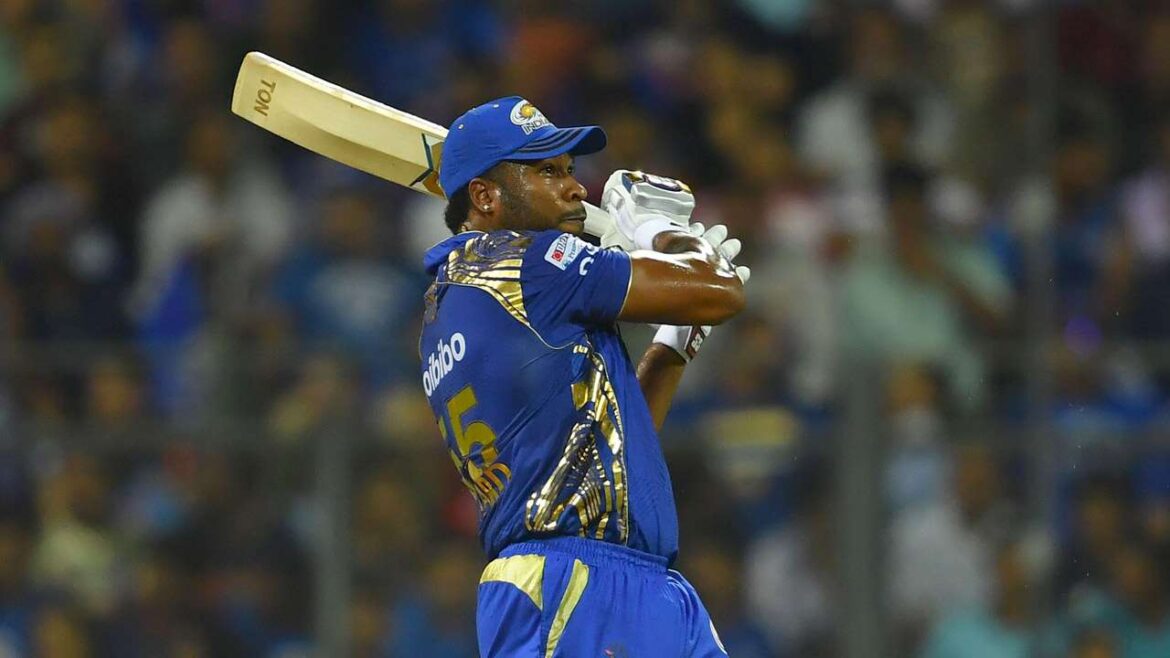 Mumbai Indians (MI) lifted their fifth IPL title last season, after they outplayed Delhi Capitals in the finals. They became only the second side after Chennai Super Kings to retain their IPL title after the Men in Yellow did the same in 2010 and 2011 seasons. Overseas players have also been an integral of Mumbai Indians’ squad. Kieron Pollard has been involved with the club since 2010, whereas Lasith Malinga has proved to be one of the most successful IPL bowlers ever.

Mumbai Indians have enjoyed so much success in the past few years because they have followed a policy of keeping their core intact. The core of MI squad has hardly changed in the past four or five seasons with the likes of Rohit Sharma, Jasprit Bumrah, Kieron Pollard and the Pandya brothers being the mainstays in the team. As such, the selection of four overseas players is a rather straightforward task for the team management as they are likely to stick with the same side as last season.

Mumbai Indians raised a few eyebrows after they released four overseas bowlers ahead of the auction this year. However, they did a fine job at the auction, making necessary reinforcements.

Quinton de Kock’s place in the side was under serious scrutiny after a poor start to the IPL 2021 campaign. However, the South African displayed his class in the second half of the season, scoring runs for fun. He amassed 503 runs in his 16 innings at an average of 35.92, registering four half-centuries. He was one of the standout batsman for the champions, alongside Suryakumar Yadav and Ishan Kishan.

He is expected to keep his place in the side an open the batting alongside captain, Rohit Sharma. De Kock had a terrific IPL 2019 campaign as well, where he amassed 529 runs in his 16 innings at an average of just over 35. However, he is expected to miss the initial few games because of his international commitments. Chris Lynn can open the innings in his absence.

Kieron Pollard will play his 12th season for Mumbai Indians

Kieron Pollard is by all means an IPL legend. The West Indian all rounder will play his 12th season for Mumbai Indians and has amassed 3023 runs at an average of 29.93 and a strike rate touching 150. Pollard delivered some good knocks with the bat last season, ending the innings in a flurry for Mumbai Indians. Hardik Pandya and Kieron Pollard formed one of the most lethal middle-order partnerships last season.

Kieron Pollard scored 268 runs last season at an astonishing average of over 53 and a strike rate in the 190s, something which is almost unheard of. His presence on the field is another huge factor, as he has the ability to take some blinders and save some crucial runs for his side.

Trent Boult formed a deadly bowling partnership with Jasprit Bumrah last season. The Kiwi pacer was one of the best bowlers with the new ball, picking up 25 wickets in his 15 games at an average of 18.28. He was also adjudged the player of the match in the finals against Delhi Capitals.

Barring an injury, Trent Boult is a sure starter for Mumbai this season. The Kiwi pacer was unplayable in the opening stages of the innings and was the second highest wicket taker for his side. The left-armer will hope to have a good season this time around as well, and guide Mumbai to their sixth IPL title.

Nathan Coulter Nile was released by Mumbai Indians ahead of the IPL 2021 auction, but was picked up again by the franchise at the auction. The fourth overseas spot is up for grabs with likes of Marco Jensen and Adam Milne in the mix for a place in the starting eleven. However, Nathan Coulter Nile will get the nod over the duo because of his ability to bowl in the middle overs. Last season, he played seven matches, picking up five wickets at an average of 41.20.