Home SportsIPL IPL 2021: These four teams will qualify for the playoffs – Aakash Chopra 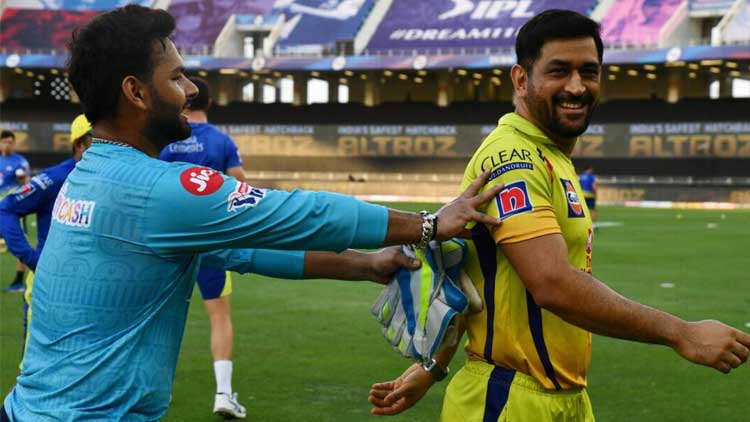 Former India cricketer and commentator, Aakash Chopra has predicted the name of four teams that will be qualifying for the playoffs. Chennai Super Kings (CSK) is currently on top of the points table, followed by Delhi Capitals (DC), Royal Challengers Bangalore (RCB), and Kolkata Knight Riders (KKR).

He then backed the Virat Kohli led the side to finish third in the points table. RCB currently has seven wins in 11 games. They resumed their UAE leg on a dismal note and lost games and KKR and CSK. However, they bounced back to claim two impressive wins over Mumbai Indians and Rajasthan Royals.

Talking about the final spot in the top 4, Chopra felt it will be a close fight between KKR and MI. As, Mumbai Indians initially struggled in their first three matches of the UAE leg before securing a win against Punjab Kings.

“Chennai, Delhi there’s no doubt about that. Third, hopefully, Bangalore will qualify. For the fourth, there’s going to be a fight between Mumbai and Kolkata. I have a strong feeling that if Kolkata doesn’t hit a self-goal, they’ll make it. If (Andre) Russell is fit then there will be no self-goal but it can happen here because the captain is in zero form. However, it’s Eoin Morgan, a big player, so it’s also possible that he might turn around his form and give a strong finish,” Aakash Chopra said in a video on his Youtube Channel.

Mumbai Indians have been one of the most successful sides of the IPL. Aakash Chopra stated that MI isn’t looking at their absolute best like the ‘Paltan’ of the old this season and that is the reason he feels KKR has more chances of making it to the playoffs.

“I am tilting towards Kolkata for a simple reason that Mumbai isn’t looking like the ‘Paltan’ of the old. Yeah, you won against Punjab but even that wasn’t convincing. They are winning all games scrapping, which isn’t like them. They still have one game to go against Delhi which is the next game only in Sharjah.

“If you lose this, you won’t have luck on your side because Kolkata’s all matches are against teams placed below them. Kolkata has got something going for them, for Mumbai, there’s something not going for them,” Chopra added.