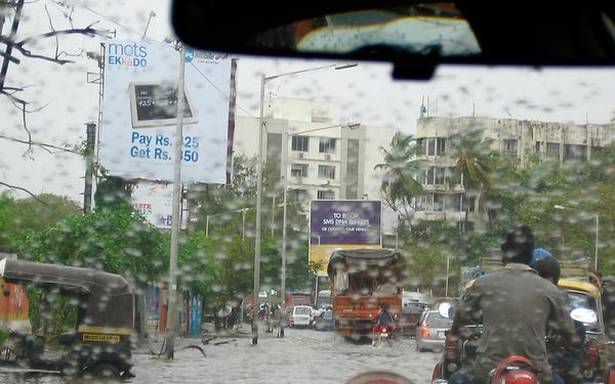 The C40 Cities report of 2018 notes that by 2050, over 570 low-lying coastal cities will face projected sea level rise by at least 0.5 meters, putting over 800 million people at risk from the impacts of rising seas and storm surges. While the inland areas can be flooded due to the heavy rainfall, the coasts are threatened by the impact of tidal surges.

To understand if a coastal city is more prone to floods caused by tidal events or extreme rainfall, a team from the Indian Institute of Technology Bombay devised a new metric or measure called the Tide–Rainfall Flood Quotient. “It is very important to understand the main driver of the flooding events for effective disaster management. Using the past rainfall data, tidal data, and topography of the region you can apply this framework to pinpoint the major factor at play,” explains Subhankar Karmakar from the Environmental Science and Engineering Department at IITB. He is the corresponding author of the work recently published in Environmental Research Letters.

In Mithi, they found a devastating impact of storm-tide reaching even up to a distance of 7 km from the coastal boundary. With Jagatsinghpur, high rainfall inundated several areas in the central region and the flatness of the terrain prevented easy drainage of the flood-water into the Bay of Bengal, which further increased the flooding. The flood maps for Chennai showed that rainfall contributed to the flooding, especially in the northern and central regions. Though there was storm-tide in the eastern coastal region, it was in the ‘low’ hazard category. They concluded that Mithi catchment was ‘storm-tide dominated’, while Jagatsinghpur and Chennai were ‘pluvial dominated’

The team writes that the metric can help disaster management experts in framing better flood risk management systems directed towards long term planning. “For storm-tide dominated regions, severe flood hazard can be alleviated by building coastal defence structures such as closure dams, tide breakers, and storm-surge barriers at appropriate locations. The tide and surge forecasting systems in these regions should be equipped with state-of-the-art ocean circulation models…On the other hand, for pluvial dominated regions, structural measures such as rainwater storage structures, lakes, and detention basins should be prioritised in the flood management plans,” according to the authors.

Mohit Prakash Mohanty, the first author of the paper who completed his Ph.D. from IITB adds: “We have planned to apply this metric and calculate for the 76 coastal districts of India. It is a hugely time-consuming task as it involves various large data including rainfall, tide, landscape, and elevation of the area. Our study now has given an idea that such long-term planning is needed especially in a country like India which has highly populated coastal cities.”