Anil Kapoor opens up on ticking all boxes in his career’s new phase: More exciting things are being offered 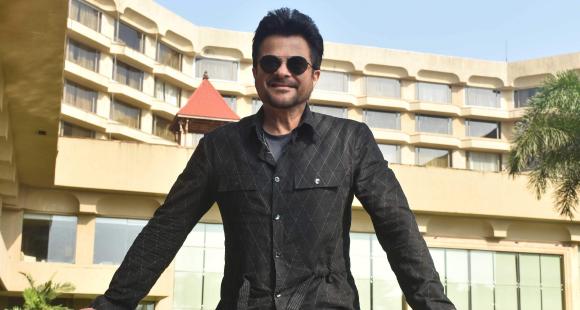 In a recent interview, Anil Kapoor said that he finds himself in a ‘great situation’ with the kind of new age offers coming his way. Read on to know more.

Anil Kapoor opens up on ticking all boxes in his career’s new phase: More exciting things are being offered.

Anil Kapoor has been making waves on the OTT space with his last release AK vs AK with Anurag Kashyap. The actor who has channeled his strengths into a new phase of his career and looks younger than ever reveals he”s loving the new age scripts that are being offered to him. In a recent interview with Hindustan Times, Anil Kapoor said that he finds himself in a ‘great situation’ with the kind of offers coming his way.

The Malang actor said, “Of course. I feel much more exciting things are being offered to me in the last ten years. Young and experienced filmmakers are wanting me in their films, approaching me with scripts and films, which are new age. It’s a great situation to be in. And of course, the most important is that you are getting all the respect as well, professionally and financially, all the boxes are ticked.”

Anil also said that the reaction to AK vs AK was a tremendous one but acknowledged that it was a risky choice. He added, “It was first of it’s kind, it could have gone completely wrong, there was dark humour. (There were thoughts like) ‘will they get it’, you are making fun of yourself, with direct digs. I am very secure within myself, but you never know till you start working. What the reaction will be, it’s a risk I took, and it’s gone right.”

The actor will next be seen in Jug Jugg Jeeyo with Neetu Kapoor, Kiara Advani and Varun Dhawan.