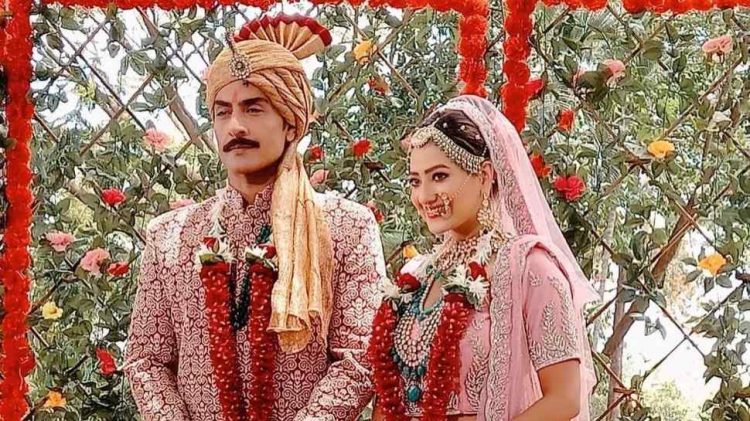 Kavya loses her temper due to Vanraj not reaching the wedding mandap and threatening Vanraj’s entire family. Kavya also misbehaves with Anupama and her family. Vanraj comes back and refuses to get married.

In the show ‘Anupamaa,’ Kavya dreams of marriage with Vanraj when the wedding day approaches. Vanraj runs away from the mandap. After which, Kavya loses her cool. Kavya misbehaves with Vanraj’s entire family and threatens everyone to go to jail. After Anupama’s arrival, Kavya threatens her too. Know what will happen in the latest episode for today.

Kavya threatens Anupama
Vanraj does not reach the mandap for marriage. At the same time, he leaves the resort and goes somewhere. Seeing this, Kavya feels that her family and Anupama have driven Vanraj away somewhere. Kavya calls Anupama and says that she will file a complaint against her family at the police station if she does not reach the resort as soon as possible. Hearing this, Anupama gets upset and leaves for the resort with Doctor Advait.

Kavya crossed all limits
Not seeing Vanraj in the pavilion, Kavya loses her senses. She misbehaves with Vanraj and Anupama’s entire family. She tells Bo that she was planning to send him to a nursing home, but she will now send him to jail. Not only this, but Kavya also threatens to send Vanraj’s children to jail. After which, there is a lot of debate between Vanraj’s family and Kavya.

Kavya got into a scuffle
Anupama reaches the resort. She sees that Kavya is slandering their entire family. Seeing this, Anupama gets very angry that if her entire family goes to jail, Kavya will also go along with her. Anupama says that she will file a case against Kavya for having an affair with her husband. Her house was broken, and her daughter was mentally harassed.

Vanraj calls Anupama
Because of not getting married, Vanraj goes somewhere. Amidst Kavya and Anupama’s quarrel, Vanraj’s call comes to Anupama. Anupama tells Vanraj that wherever he is. Come back to the resort. Vanraj says he only has to talk to them. But Anupama forcefully calls them to the resort. Vanraj listens to Anupama and returns to the resort. Everyone gets shocked seeing Vanraj. Kavya asks Vanraj why he did this. So he tells her that he does not want to marry her.

Anupamaa 2 June 2021 Written Update: Kavya lost her temper due to Vanraj not reaching the marriage hall