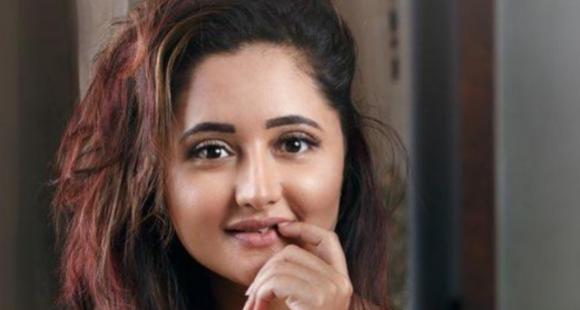 Devoleena Bhattacharjee had a major breakdown inside the Bigg Boss 14 house recently. Here’s what her friend Rashami Desai has to say about the same.

The latest episode of Bigg Boss 14 was quite an intense one as it witnessed a major fight between Devoleena Bhattacharjee and Arshi Khan. The matter worsened after Devoleena had a major breakdown and alleged that Arshi had cursed for her loved ones to die. The actress could be seen throwing things and even forcing food into Arshi’s mouth in a fit of rage. Bigg Boss talked to her in the confession room but also nominated her for the entire season as a punishment.

Devoleena’s close friend Rashami Desai has provided her opinion on the matter now. She slammed Arshi Khan for cursing Devoleena and quoted, “It’s really heartbroken.” The Dil Se Dil Tak actress also took a jibe at Rubina Dilaik who questioned Devoleena for bringing up the matter after 3 hours. Talking about the same, Rashami writes, “It takes time sometime to react. It wasn’t a murder it was a word war which takes time and it plays in ur mind.”

#arshi : baddua deti hun… tere karibi mar jaaye. it’s really heart broken  and few contestant R judging this moment why after 3 hours? It takes time sometime to react. It wasn’t a murder it was a word war which takes time and it plays in ur mind #humanfeeling Devoleena_23

Meanwhile, it was informed in the latest episode of Bigg Boss 14 that Devoleena’s nomination will affect Eijaz Khan too. For the unversed, she had earlier entered as his proxy inside the house. The housemates are informed that Eijaz also will remain nominated if by chance he makes a re-entry into the show. As for Arshi, she denied the fact about having cursed Devoleena’s family members and even broke down in between the same.