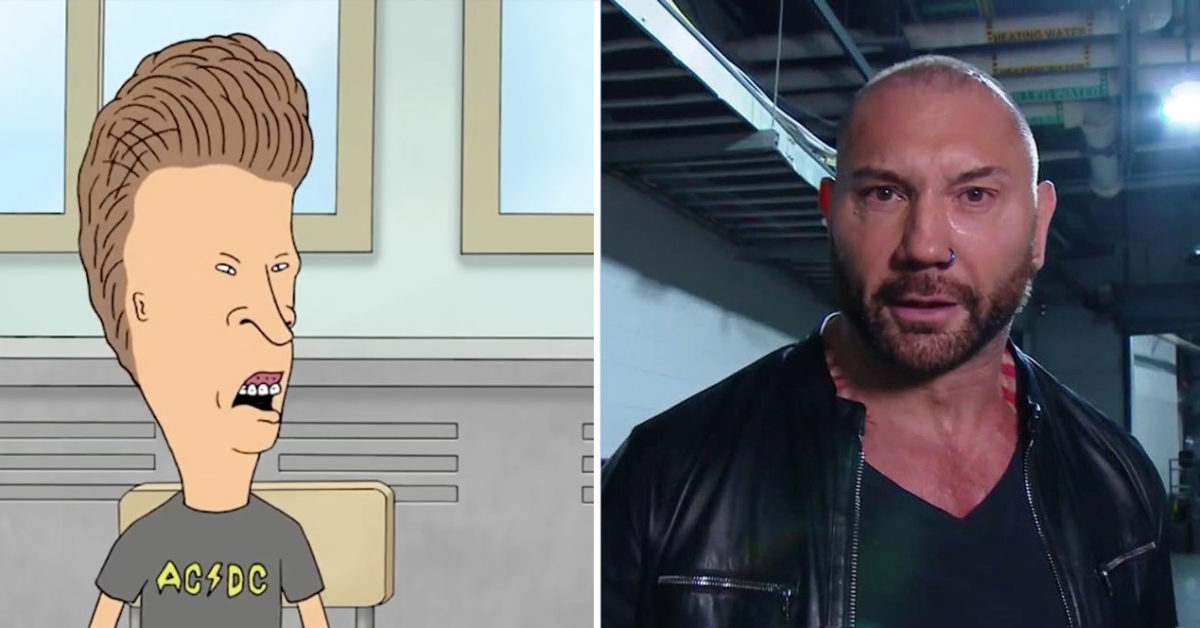 Former WWE wrestler turned Hollywood megastar Dave Bautista took aim at Florida Congressman Matt Gaetz, accusing the GOP politician of inbreeding in a new statement issued on Twitter. The Animal has long had it in for Republicans as part of an ongoing feud with fellow WWE Hall-of-Famer, former President Donald Trump. Bautista interfered to help President Joe Biden defeat Trump at the Election PPV last November, and the former president threw the most epic of temper tantrums in an attempt to overturn the results. Gaetz, like many sycophantic Republicans, has pretended to believe the former president’s lies in an attempt to garner support from the MAGAts, a group of hardcore Trump fans more commonly known by the colloquial term Trumpbronies.

Bautista responded to a video in which Gaetz expressed near-orgasmic appreciation for a press conference by Qanon nutcase and fellow GOP House rep Marjorie Taylor Greene, saying, “Such a twisted, creepy little worm. There’s no way there wasn’t some inbreeding in his bloodline somewhere.” Bautista didn’t offer evidence of said inbreeding, perhaps believing Gaetz’s appearance and behavior to speak for itself.

In other news, Bautista expressed support for the Senate campaign of Pennsylvania Lt. Governor John Fetterman, tweeting out the one-word approval: “Yes!!!!”

With Biden’s victory at Election last year, Dave Bautista has become something of a kingmaker in American politics, which makes it all the more baffling that The Animal won’t lift a finger to save reporters who have been trapped in the basement of pop culture websites and forced to churn out clickbait articles about the political tweets of a retired pro wrestler. Perhaps one day, Bautista will think about people like us, but until then, we will continue to bring you daily news about his tweets, as we are left with literally no other choice. [Editor’s Note: No one thinks about you, Jude.]