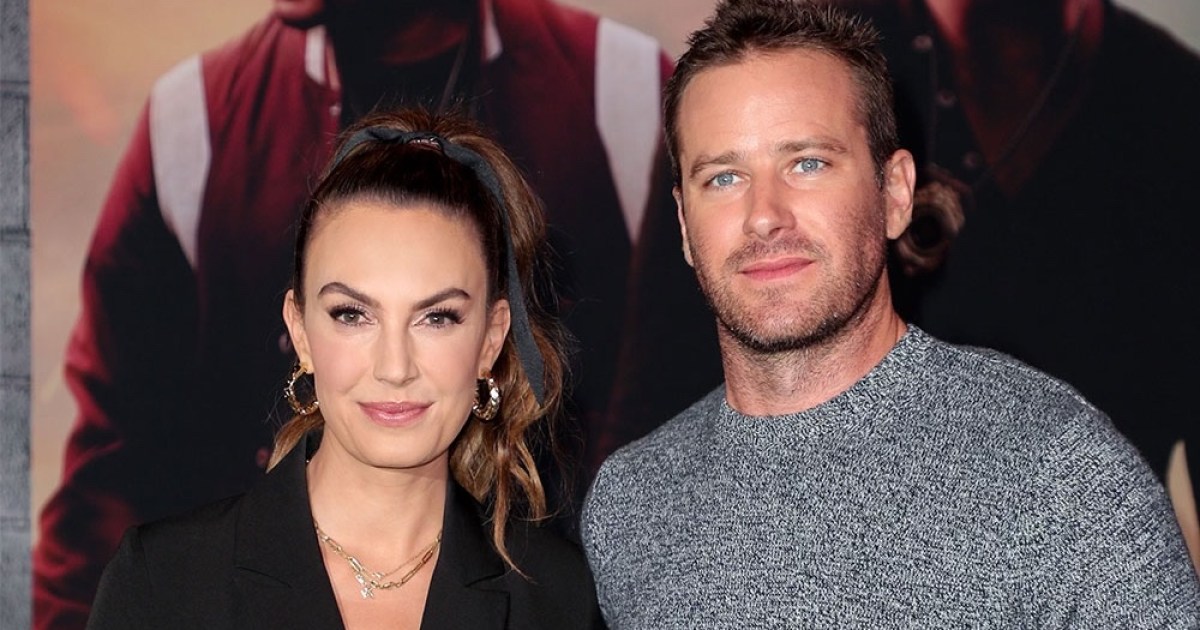 The Bird Bakery founder, 38, took to Instagram on Thursday, January 29, and commented on a photo uploaded by Just Jared sharing the news that Hammer’s former costar Timothée Chalamet and his Call Me by Your Name director Luca Guadagnino may have a movie about cannibalism in the works. Deadline was first to report that the duo is reuniting to bring the movie Bones & All — based on a novel of the same name by Camille DeAngelis  — to the big screen.

“No. Words,” Chambers commented on Just Jared’s Instagram post, according to screenshots. This is the first time the mom of two made any acknowledgement to the allegations surrounding her ex. The pair announced their split in July 2020 after 13 years together.

Earlier this month Hammer’s name started trending on Twitter after alleged screenshots between the actor, 34, and other women surfaced on the social media sites. The unconfirmed messages detail sexual fantasies, including rape and cannibalism. After announcing his exit from the upcoming movie Shotgun Wedding, in which he was set to star, Hammer released a statement to TMZ slamming the “bulls—t claims” made against him.

He also issued an an apology on January 17, after a video surfaced online that showed Hammer walking around a hotel room with a nearly naked woman laying on the bed. The Rebecca star referred to the woman as “Ms. Cayman” in the clip, but later clarified in a statement to the Cayman Compass that “the person in my video, which was stolen from my private Instagram, is not Miss Cayman.”Elizabeth Chambers Seemingly Responds Amid Estranged Husband Armie Hammer’s Ongoing Scandal