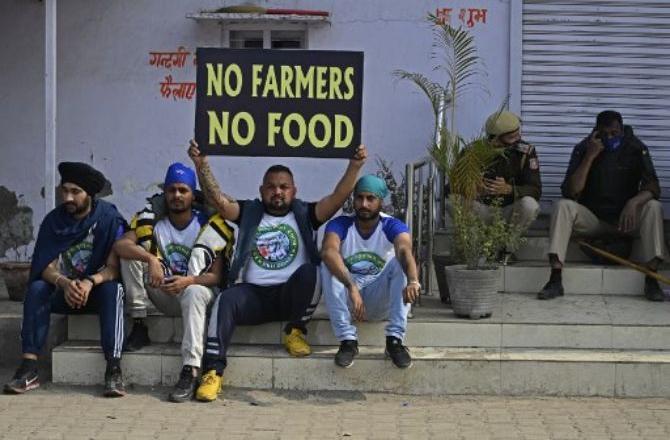 Farmer unions on Wednesday rejected the government’s proposals on changes in three farm laws and said they will intensify their protest for the repeal of these laws.

They said that Delhi-Jaipur highway will be blocked on December 12 and added that they are also giving a call to farmers from other parts of the country to reach Delhi.

“We reject the government’s proposals,” said Darshan Pal, President of Krantikari Kisan Union at a joint press conference of farmer unions at Singhu border between Delhi and Haryana.

The farmer union leaders said that there will be sit-ins at BJP offices and protest demonstrations will be held in many parts of the country on December 14.

The proposals were sent to farmer union leaders after they attended a meeting called by Home Minister Amit Shah on Tuesday. The farmers are on protest on borders of Delhi against three farm laws.

Before Tuesday’s meeting, the government and farmer unions had held five rounds of talks. The farmer unions had called a Bharat Bandh on Tuesday in support of their demand which was supported by several political parties.

The farmers are protesting against the Farmer’s Produce Trade and Commerce (Promotion and Facilitation) Act, 2020, the Farmer (Empowerment and Protection) Agreement of Price Assurance and Farm Services Act, 2020 and the Essential Commodities (Amendment) Act, 2020.