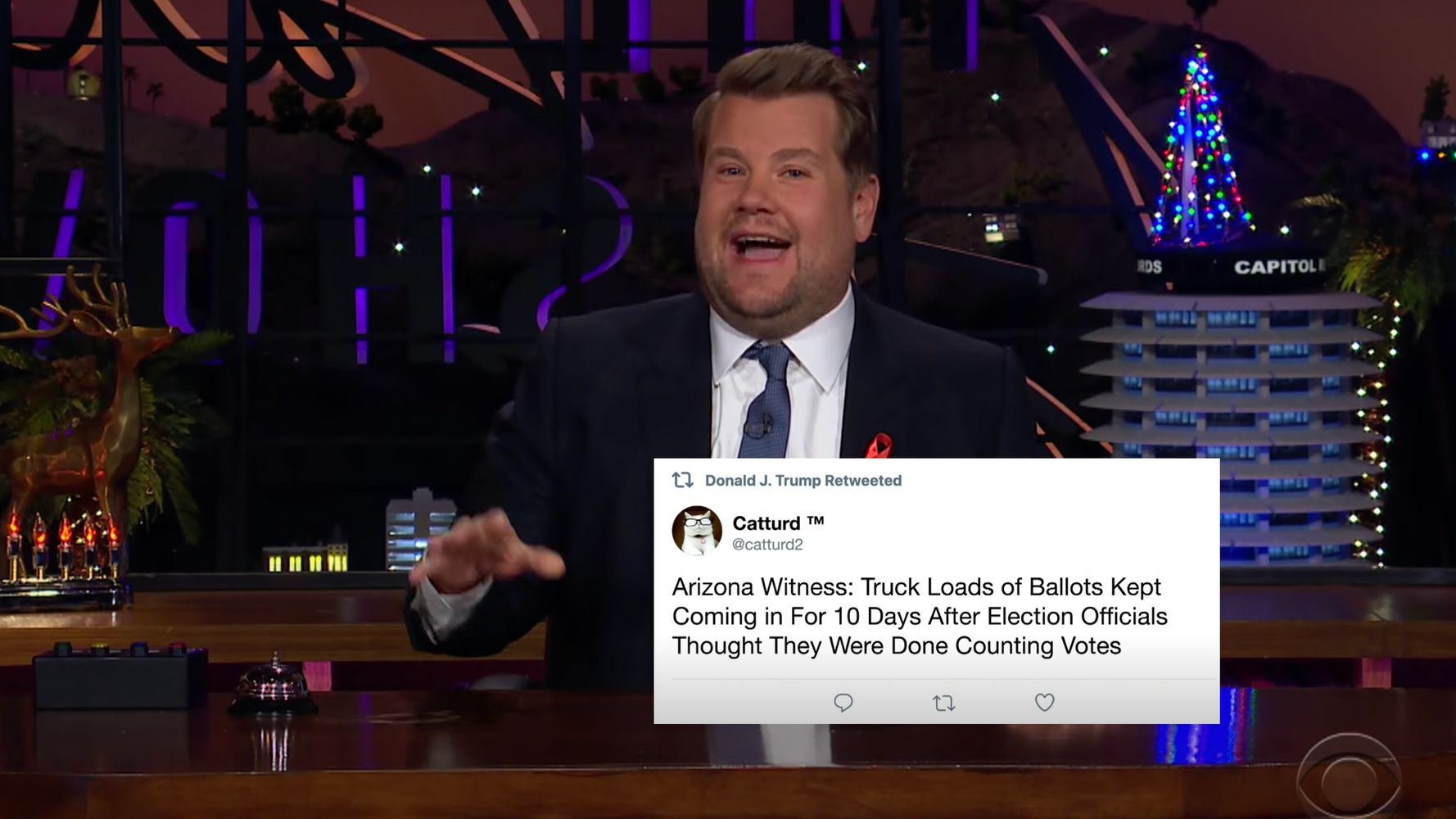 Meow might be time for the president to throw in the towel.

“The Late Late Show” host James Corden is known to enjoy Donald Trump’s bizarre retweets, and it seems the president has really stepped in it this time with his latest Twitter activity.

On Tuesday, Corden explained how Trump’s efforts to delegitimize the election hit a “new low” thanks to a purrfectly weird retweet.

“To be fair, the cat is wearing glasses, so it must be smart,” he added.

“The Late Late Show” host noted the account wasn’t even really ”@catturd.” It was ”@catturd2.”

“I for one cannot wait to see what’s in store from @catturd3,” Corden joked.

Corden also pulled President-elect Joe Biden into the bit, saying Catturd sounded like someone Biden would bring up in a speech.

Using a Biden impression, Corden said, “When I was growing up in Scranton, there was a real mean son of a gun. We used to call him Catturd. He could Doo-wop and Bebop like nobody’s business. What was I talking about? Oh, yeah. Climate change.”

See the full segment below: