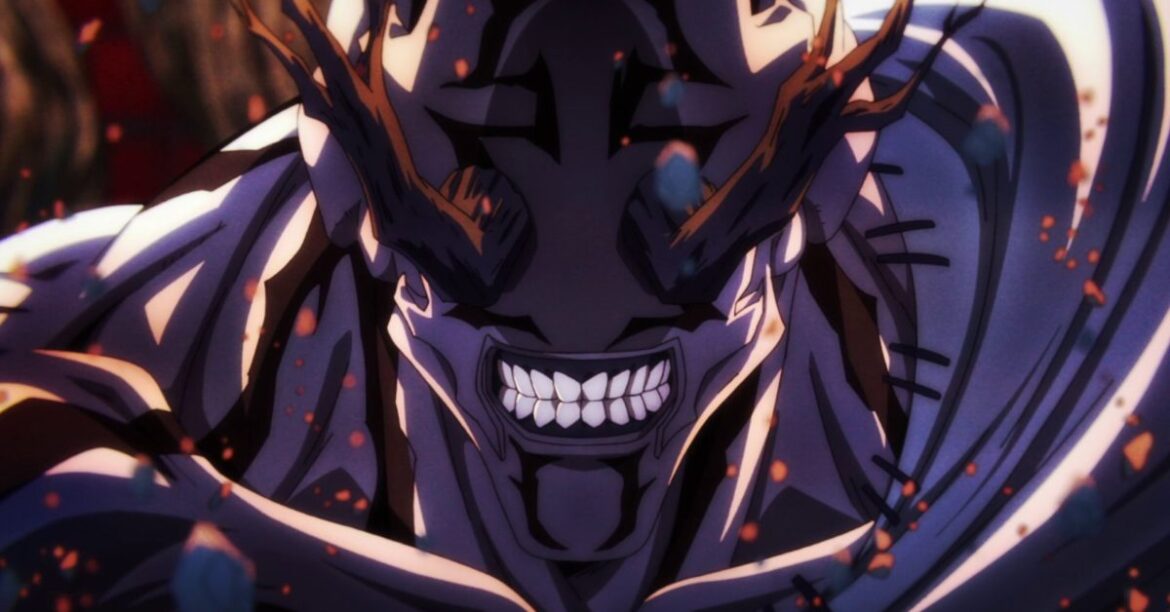 Episode 18 “Sage” of Jujutsu Kaisen started in the midst of the action. Even though we have seen Megumi Fushiguro in action, we get to see him in close combat with Noritoshi Kamo from the Kyoto school. However, things take an unexpected turn when uninvited guests make their presence known. We also get to see what the old man Yoshinobu is truly about. Will this put an end to the Kyoto Sister School Exchange Event?

We had previously seen Noritoshi wanted Megumi for himself, he also recognized him as a powerful adversary as he had inherited the Zenin technique from one of the three big Jujutsu Sorcerer families. However, Noritoshi also inherited the special Blood Manipulation technique from the Kamo clan making him a very powerful and dangerous enemy. He makes it clear to Megumi that it is his intention to exorcise Itadori during the event. In the midst of their fight, we get to see an exchange between him and Yoshinobu, where the old man gave him some insight on the plan to release a special curse to kill Itadori. Megumi then starts gaining on Noritoshi even while his Black Divine shikigami dog is busy with Toge proving to his adversary he can summon multiple at one time.

However, when Megumi gets the upper hand things take a turn for the worse when our most hated curses start making an appearance. Hanami almost crushes Noritoshi and Megumi, if it were not for Toge who instructed them to run with his powers. Thought they make it clear the boys are paralyzed as the cursed spirit has made up its own language and is able to communicate and make itself understood. Things start getting scary when the Gojo realizes he is the only one being kept from entering the cursed veil the enemies created. We see Hanami is not the only one as Yoshinobu takes on another one in order to let Utahima run to aid the students. I was not expecting the old man to blast out an electric guitar though, this has the potential to be a bit badass.

With so many Special Grade cursed spirits running rampant within the testing site things do not look good for our heroes. I wonder if we will experience any losses within the instructors or students– though I really hope not. Most of them have grown on me. I do hope we get some insight soon as to whom Geto really is and what his true end game is. I wonder if he has some connection to Gojo.