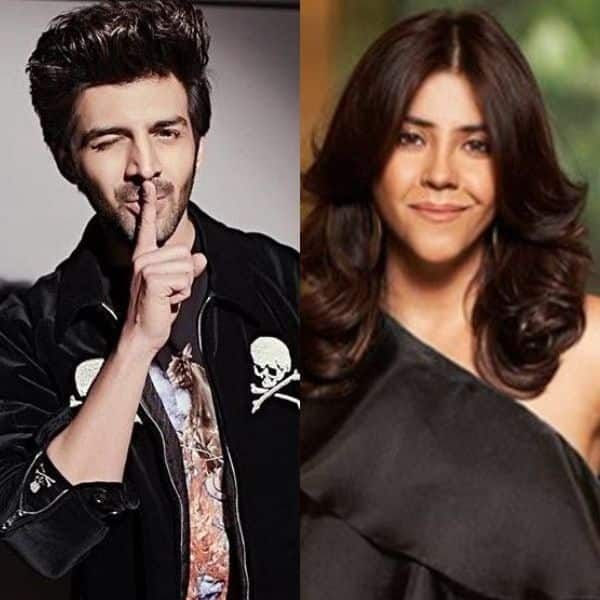 Kartik Aaryan had recently tested positive for Coronavirus. He had taken to social media to inform his fans that he has tested positive for Covid-19 in his own inimitable way. “Positive ho gaya, Dua karo,” Kartik shared on Instagram and Twitter, informing netizens about his health. He has been in quarantine since a couple of days and he made a rather interesting post recently. While sharing a picture where he is doing a handstand, he wrote, “Covid ke baad se sab ulta dikh raha hai.” Czarina of television Ekta Kapoor who is also Kartik’s friend, wished him a speedy recovery on the post. But the conversation didn’t stop there! Kartik made a surprising revelation as a reply to Ekta’s comment. He mentioned how Kumkum Bhagya has come to his rescue during the quarantine, as Kartik replied, “Ghar baithe Kumkum Bhagya dekh raha hu and getting better.” Also Read – After Ranbir Kapoor’s recovery, girlfriend Alia Bhatt now tests positive for Coronavirus?

This reply has got fans of Kartik as well as the show’s viewers very excited, as they dropped comments after comments on this reply. Kumkum Bhagya has been one of the longest running shows and is loved by the audience. Shabir Ahluwalia and Sriti Jha aka Abhi and Pragya’s sizzling chemistry has been appreciated by the fans. The recent episodes of Pragya’s heartwarming struggle in protecting Abhi , who has lost all his memory and become child-like, has kept the viewers on the edge of their seats. While Pragya donning a househelp’s avatar to get into the Mehra house and help treat her husband may have won the audience’s hearts. Also Read – From Katrina Kaif-Vicky Kaushal to Kiara Advani-Sidharth Malhotra: 6 couples who keep us guessing about their love life

Talking about Kartik Aaryan, is currently shooting for his upcoming horror comedy film Bhool Bhulaiyaa 2 where he features alongside Tabu and Kiara Advani. Shoot for the Anees Bazmee directorial has already been delayed several times due to Covid. It is now being speculated that shoot will again be halted with the lead actor falling sick. The film is a sequel to 2007 film Bhool Bhulaiyaa and is slated to hit theatres in November. Also Read – Fatima Sana Shaikh tests positive for COVID-19; urges people to stay safe