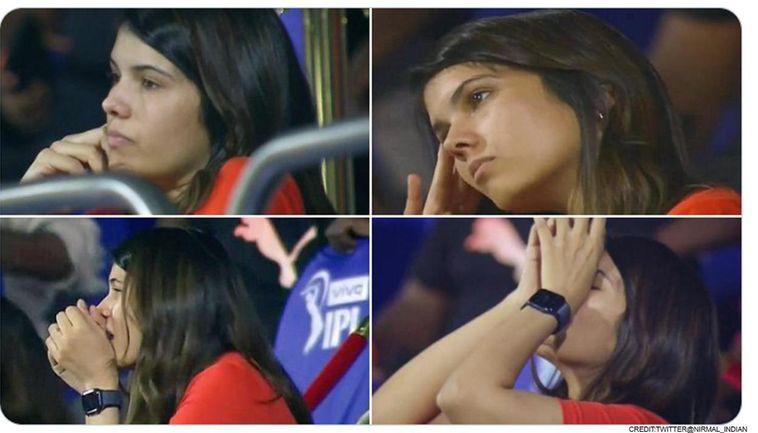 Who is Kavya Maran, why cricket fans are searching for her. so here you can see all the information. On Wednesday, Kavya Maran, CEO of the SRH franchise, who is quite popular as the ‘mystery girl’ was almost in tears after Bangalore defeats Hyderabad in Chennai by six runs. Kavya is actively involved with the ‘Orange Army’ and is also regularly seen attending matches in the stadium, clad in the orange jersey.

Kavya who was watching the cricket match wasn’t shy to express her emotions at the time when the team loses the match.

During the 17th Over when Shahbaz Ahmed dismissed three batsmen of SRH in only 6 balls and changed the entire game, at that time Cameraman showing Kavya’s emotions. After that picture is gone viral on social media and fans are angry about SRH’s performance. Netizens are showing their reactions.