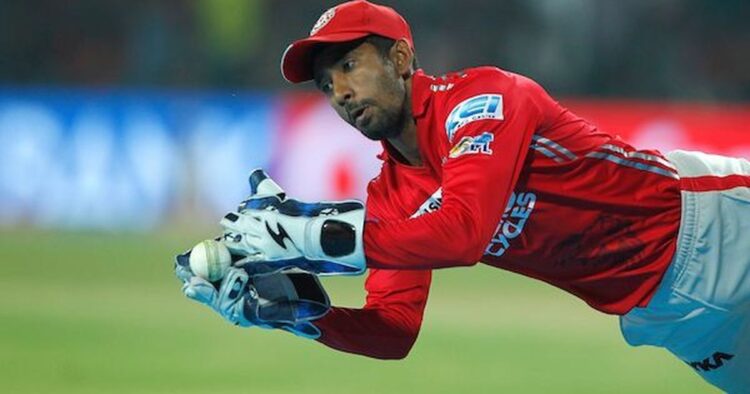 The IPL is the perfect platform to bring out the skills of every player and fielding is one of those aspects that the players train really hard to make full use of any opportunity. ‘Catches win Matches’ definitely is true and it is very tough for the bowler to digest the catches going down after setting up the batsman.

There have been excellent catches taken on the boundary lines and in the 30-yard circle over the tournament history and some of those have been unbelievable. The fielders play a crucial role in defining the outcome of the game and they must support the bowlers as the game has been drifting in favour of the batsman. Here are the 5 most insane catches in the IPL tournament history.

5 Most Insane Catches In The Tournament History:

The Australian explosive batsman took a blinder to dismiss AB de Villiers on the boundary lines and this will go down as one of the rarest occasions when the fielder slips two times and still manages to hold on to the catch. He indeed deserved the man of the match award for scoring 45 runs and pulling off the stunner in the IPL 2014.

A length delivery and AB de Villiers playing for the RCB team flicked it to the deep mid-wicket where Lynn was fielding. Chris Lynn slipped to the ground and then stood high to catch the ball before falling to the ground again. The impressive part was the way he managed himself from the close boundary rope and also caught the ball.

The Newzealand left-arm seamer was playing for the Delhi Daredevils at the time and he has always been a safe and good fielder. Harshal Patel bowled a full toss on the pads and the RCB skipper Virat Kohli clipped it from the legs in the air. It seemed to be going for a six until Trent boult stunned everyone in the IPL 2018.

Trent Boult jumped in the air in the perfect timing and plucked the ball from going over the boundary lines. Virat Kohli could not believe his eyes and Boult went down into the ground just in front of the ropes to claim the catch perfectly. The single-handed catch was worth watching again and again and will go down as one of the best in IPL history.

Ricky Ponting has shown at his young age that he can take stunning catches and he has done it for the nation in the past. This was different as he pulled off a mind-blowing catch at the age of 40 playing for the Mumbai Indians. Chasing a target of 210, Unmukt Chand of Delhi Daredevils nudged a ball to the offside which heaved up in the air.

It looked like it was going to land safely, but Ricky Ponting at covers dived across the field to his right to take a blinder of a catch. The whole team were surprised by the athletism showed by Ricky Ponting who proved that age is just a number.

New Zealand fast bowler Tim Southee and Karnataka batsman Karun Nair combined to take a brilliant catch for the Rajasthan Royals against the Kings XI Punjab in the IPL 2015. George Bailey was the batsman on strike and he hit the ball into the long-on region and  Tim Southee had lots of ground to cover.

Tim Southee dived into the boundary ropes and pushed the ball in the air within the boundary line to keep it in play which was caught by Karun Nair who anticipated the ball to perfection. It was a splendid relay catch and it has become a common tool for the fielders nowadays.

AB Devilliers has been popularly called the ‘super man’ and he did justice to his name by pulling off a cracking catch at the boundary lines in the IPL 2018. Alex Hales pulled a Moeen Ali short ball into the deep mid-wicket boundary which was going far from AB De Villiers. AB de Villiers ran in quickly to get close to the ball.

He jumped high to reach near the ball and held on to a one-handed catch that never looked like carrying to the fielder. He also made sure that he was within the boundary rope and the skipper was mightily impressed by the catch too. This was one of the best catches from the South African in the IPL.