‘Love Island’ Winners Justine Ndiba and Caleb Corprew Split: ‘This Has All Been Very Hard’ 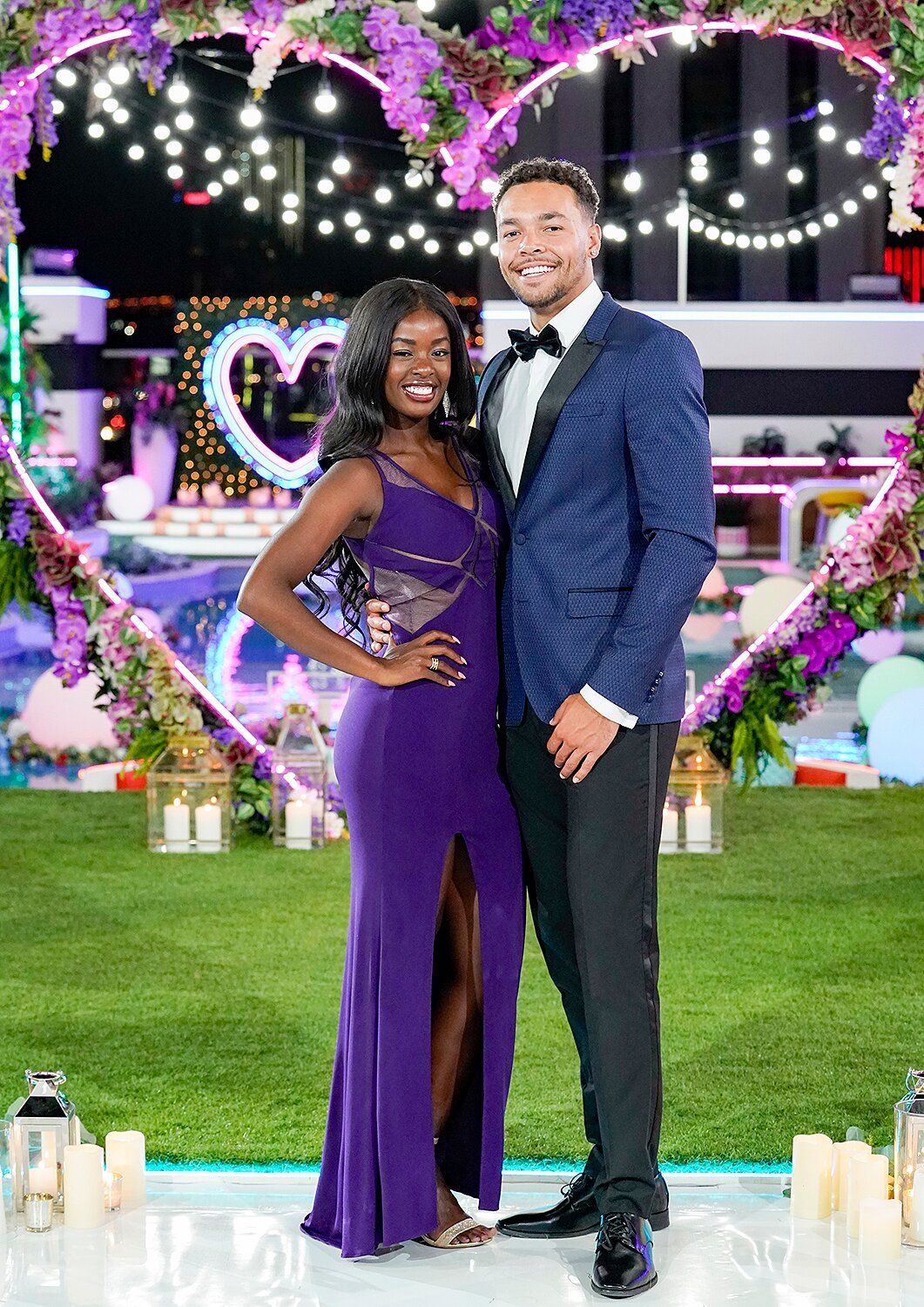 Almost four months after the fan favorites were crowned the winners of Love Island season 2, becoming the first Black couple to win in franchise history, Justine, 27, and Caleb, 24, announced they had split.

“It’s truly a strange feeling to be tying this out but I understand my reality is now having to share some aspects of my life with you all regardless of how private I’d like to remain at times,” Justine wrote in a statement posted on Saturday.

“This is extremely difficult for me to express but out of respect for those of you who supported me, and rode for me, I want you to know that Caleb and I are no longer together,” she continued. “I do ask for time as I continue to go through the process of heartbreak and healing as this has all been very hard for me. I cannot thank you all enough for the love and support to this point and I hope that it may continue as we move forward as individuals.”

The following day, Caleb posted a lengthy statement, asking fans to respect their privacy and not engage in “speculation.”

“As many of you already know, Justine and I are no longer together. I wish her the absolute best and much continued success as God blesses her with new opportunities and adventures,” he wrote.

“This announcement has been one that we have wrestled with for some time now. Not knowing exactly when or how to deliver it. The nature in which we met and fell for each other comes with a unique set of obstacles that nothing in life can ever prepare you for,” he continued. “We genuinely appreciate those of you who have supported us, and thank you in advance to those of you who will continue supporting us as individuals moving forward.”

As his post came to a conclusion, Caleb urged their followers to “choose compassion over condemnation during this difficult time.”

“Myself, Justine, our love ones, etc. are all real people with real emotions who love and hurt hard,” he wrote. “Unfortunately, when you choose privacy…others often feel it is their place to tell your story for you. Speculation or not. Even with that in mind, I am still choosing privacy for the sake of my own personal peace. I kindly ask that you please respect any of Justine’s or our loved ones desire for privacy as well.”

Their split comes one week after fellow islanders Cely Vazquez and Johnny Middlebrooks announced news of their breakup.

The only couple still together from the latest season of the U.S. version is Mackenzie Dipman and Connor Trott.

RELATED: Love Island‘s Justine and Caleb on Their ‘Surreal’ Experience as the First Black Couple to Win

Shortly after leaving the villa, Justine and Caleb reunited in October, sharing photos from their picture-perfect date at a pumpkin patch in New Jersey, where Justine lived.

“Picked the cutest pumpkin in the patch 🎃🧡🍂,” Caleb wrote of Justine in one post.

The pair last posted photos together in November.

“What an amazing weekend!” Justine wrote alongside one smiling photo, which was taken in Las Vegas, the city where their season of Love Island was filmed.

“So incredibly blessed and grateful to have gotten the opportunity to go back to where it all began with my favorite guy and create more memories,” she added.